Graphene can improve heat transfer for even the most thermally conductive metals we use in PC components today, and it’s only one atom thick. What should we use this wonder material for first, I hear you ask… Well, Team are launching their latest T-Force Cardea M.2 SSD with a unique graphene-enhanced cooler. My M.2 SSD does run a little hot, I suppose.

Here’s our top picks for the best SSD for gaming right now.

Graphene is the ultimate material. It’s 200 times stronger than steel, and it’s not only the thinnest material on earth, it’s also the world’s most conductive. Due to graphene’s incredible atomic makeup, it offers unprecedented thermal conductivity, even enhancing that of copper.

Scientists at the University of Manchester isolated graphene back in 2004, and since then, global interest has peaked for the magic material. For us PC builders, graphene could offer an alternative to copper and aluminium cooling solutions, opening the door to improved passive coolers and cold plate designs using the one atom thick wonder material. 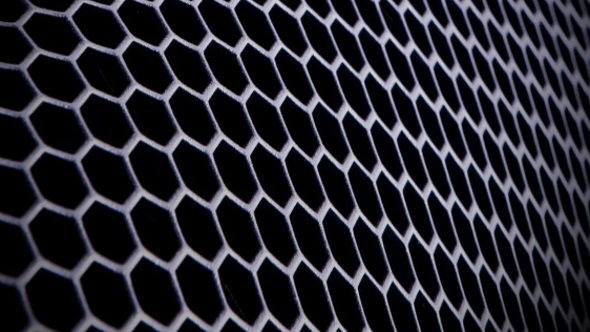 One of the first products to make use of graphene to aid cooling is the T-Force Cardea Zero M.2 SSD by Team, available in 240GB and 480GB models. No, it’s not an air cooler capable of chilling 7.1GHz on a daily basis, but it’s a start.

The Cardea Zero SSD’s cooling is built using a graphene and copper foil design applied to the NAND and controller modules, essentially, a fancy sticker made with incredibly thin layers of graphene, along with copper film and insulation. The graphene-copper foil composite adds only 0.185mm extra thickness to an SSD, and allows for improved heat dissipation away from the sizzling components.

What Team have managed with their graphene-enhanced SSD is a drop in temperatures from a toasty 80°C to a slightly less toasty 70°C, which should aid the SSD in keeping a consistent transfer rate over longer periods. However, it may not be enough to completely prevent thermal throttling under particularly stressful loads. 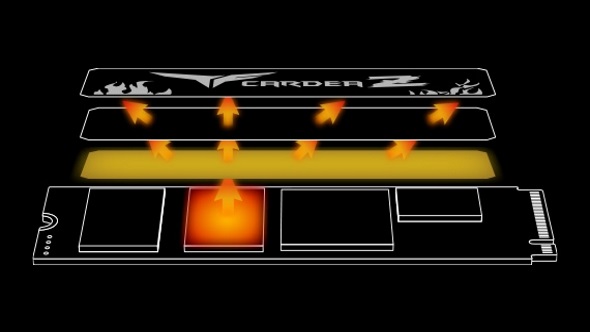 A ten degree drop in temperature from a sticker is impressive, but it would help if the graphene-enhanced SSD was tested against a copper film SSD, rather than the completely thermally unaided SSD they opted for. At least then we would have direct numbers relating to thermal properties of graphene composites over regular copper film.

Team’s SSD may be only one of many products in development with an eye on improving thermal conductivity, thanks to graphene. Down the line, we may end up with liquid and air coolers replacing copper cold plates with graphene-copper composites. All this depends on whether graphene really is as great as they say it is, for us PC builders at least.

For other applications, Graphene seems to already be showing its worth. Tech minds have big plans for this newfangled substance. It may one day make up the very system we’re intending to cool, allowing for smaller transistors, and possibly even replacing silicon for semiconductors entirely.