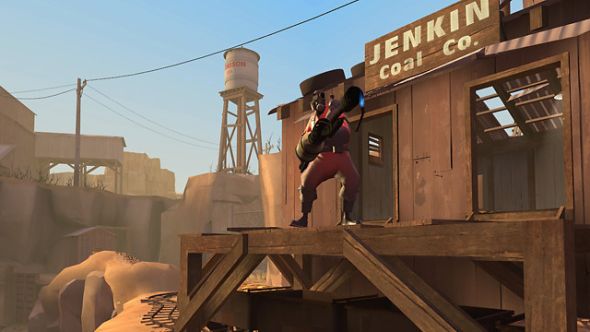 Team Fortress 2 is in for a pretty major shake-up, comprised of the ‘Campaign 3’, update, the Pyro class pack, and the Jungle art theme, according to a new video from the Valve News Network.

Team Fortress 2 is both free-to-play and fun-to-play, hence it made our list of the best free PC games.

Invited to Valve’s office in Seattle, Washington for a recent press day, VNN asked Dave ‘DRiller’ Riller of the TF2 team about the future of the game. DRiller revealed that the next major update, currently underway, is “probably one of the biggest updates we’ve done”.

The update will introduce a new campaign with new contracts, but this time round the system will offer a lot more player choice. You’ll now be able to pick the contracts you attempt, and the rewards you’ll try to achieve.

Along with the new campaign, the Pyro class pack will also be introduced. We know what to expect based on previous class packs, says DRiller: there will be new weapons, and the class will be examined for opportunities to add something new, “usually something that changes the class in some way, some new gameplay twist.” We can expect a five-minute video for the Pyro update, similar to the Meet the Team videos.

There will also be a broad balancing pass, particularly with respect to weapons, based on feedback from competitive players. DRiller says the team are starting to look much more closely at achieving balance at the higher skill levels of play. Matchmaking improvements, an ELO system in competitive mode, and placement matches were also all confirmed – TF2 is clearly cribbing from Overwatch here, just as Blizzard’s hit shooter cribbed from it. Circle of life.

There will be a new world art theme, called the Jungle, and a new map by Valve based on that theme. You can also expect a bunch of community maps and cosmetics.

Check out the video by VNN here.