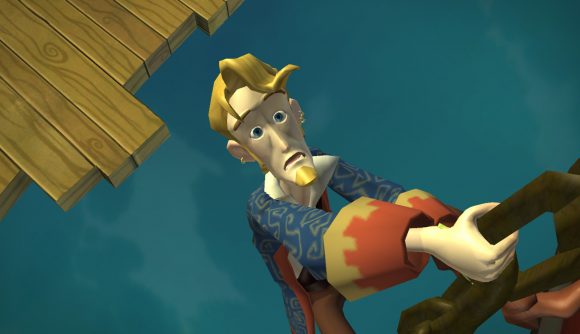 Some Telltale Games are getting removed from Steam following the company’s closure. Tales of Monkey Island, Jurassic Park: The Game, and Back to the Future have all been removed from sale on Valve’s store. The games will still be in your library if you’ve purchased them in the past, but if you want to buy them now you’re running out of options.

The store pages are currently still up, but there’s no option to purchase. If you want to pick up the affected games, they’re currently still available via GOG and on console marketplaces. If you come across a Steam key from a third-party seller, that’ll likely also work, since you’re still able to install the delisted titles if they’re in your library.

Liquidation of Telltale’s assets is underway according to GameDaily.biz, and that seems to be why the games are coming down now – but that doesn’t explain why these titles in particular are the ones that have gone. Jurassic Park and Back to the Future are linked as licenses from Universal, at least, but the future’s unclear for anything else in the library.

While I’ll defend Nelson Tethers: Puzzle Agent every chance I get, Telltale’s licensed games are its most notable, and will be the most disappointing to see go away. The Walking Dead: The Final Season was pulled from sale shortly after Telltale shut down, but that was a special case – an episodic series halted mid-development which will soon be finished thanks to series creator Robert Kirkman.

Heads up: Several games by Telltale are starting to be delisted on Steam.

What becomes of the remaining Telltale catalogue is up to a messy collection of license holders and potential new owners of those assets. If you want to own those games digitally, you might want to pick them up soon.