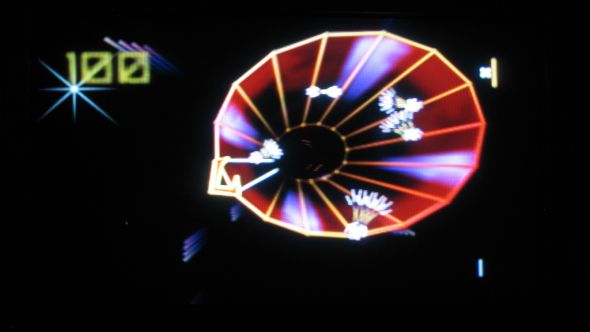 Atari have announced they’re revitalising Tempest, the classic 1981 arcade game, with a new game entitled Tempest 4000. The game will be the fourth Tempest game, and will be developed by Jeff Minter, who has been involved with the franchise since developing Tempest 2000, which released in 1994.

Feeling nostalgic? Check out our list of the best classic PC games.

In a press release issued on August 8, Atari says “Tempest 4000 remains faithful to the original fast-paced gameplay while adding exciting new features and gorgeous graphics.” The game will be playable in 4K, and will feature “a thumping soundtrack inspired by early 1990’s techno.”

Tempest 4000 will boast three game modes and more than 100 levels, as well as featuring online leaderboards to allow you to measure your skills against the rest of the world.

The Tempest series is not without controversy. In 2015, Minter, who will be Tempest 4000’s executive director, was threatened with legal action by Atari, who claimed that his newest game, TxK, was too similar to Tempest 2000, which the company still owned the rights to.

Despite the disagreement, Minter says “I am very happy to work with Atari again to bring a long-awaited sequel of Tempest to our legion of fans and a new generation of gamers worldwide.” Todd Shallbetter, chief operating officer at Atari, says “we’re thrilled to be able to work with Jeff Minter again, someone who is a legend in the industry and has made a huge impact on the history of video games.”

Tempest 4000 will be coming to PC and console this holiday season.