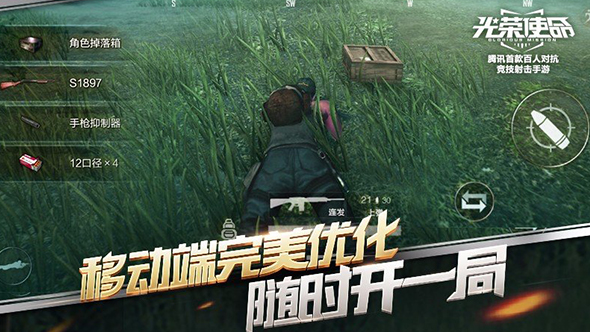 Tencent have just announced their take on the world’s most newly popular game genre, with a new battle royale title tentatively called Glorious Mission set to sail on the rising tide of PlayerUnknown’s Battlegrounds. It appears to be a mobile title so it’s likely to have limited appeal for hardcore Battlegrounds fans, but the game has tremendous potential reach.

For more information on why you should really be paying attention to this company, check out our full report on Tencent.

You guys aren't going to believe this.

It looks like Tencent are making a battle royale game.

Who saw that coming? pic.twitter.com/GUx7Z7edTA

The real story for most outside of Asia, however, is in the business implications. Tencent are the fourth-largest internet company in the world (behind Facebook, Google, and Amazon), and own a stake in some of the biggest games in the world, including League of Legends and Clash of Clans.

More relevantly, they own a minor stake in PUBG parent Bluehole, and had been seeking a publishing deal for the immensely popular game. While that deal fell through, they still have a piece of the PUBG pie. Not only that, they also have a stake in Epic Games, who both publish the Unreal tech PUBG runs on and have introduced their own immensely popular battle royale mode for Fortnite.

Success in China has driven PUBG to ever more obscene heights of popularity, and Tencent have stuck their fingers into every single battle royale pie they can.