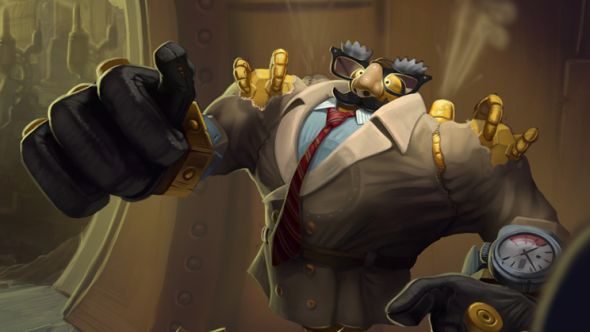 Money makes the world go round and keeps the games flowing. If you’re Tencent, the massive Chinese company behind Riot and a number of other familiar companies, it also mostly comes your way. In their recent earnings announcement, the giant announced their revenues for Q1 – just north of $7 billion, with $3.3 billion coming from the games division. That’s more than most companies make in a whole year.

To add yourself to the masses, you’ll want to learn to start playing League of Legends.

This was massive growth over their results from last year, 55% overall and 34% in the games division. League of Legends is called out as a large part of that in the official statement, saying that the game (along with their other PC titles like Dungeon Fighters Online) simply made more money than before.

For context, here’s regular commentor on the Chinese gaming industry and analyst for Niko Partners Daniel Ahmad with a simple comparison:

More than Ubisoft and Take Two combined for the whole of 2016. pic.twitter.com/lXt8sKa9PG

In case you’re wondering, this is why companies are currently making ‘free’ to play games and trying to get into Chinese markets. It’s a money hive, and difficult to ignore when it comes to assigning budgets. Make a focused, linear, single-player campaign that 200,000 people love or … that.

Profits weren’t any less ridiculous, sitting at $2 billion for the company as a whole. They should start making golden skins – literally replacing their flesh with precious metals. Read more about numbers so large they barely mean anything anymore over in the official release.