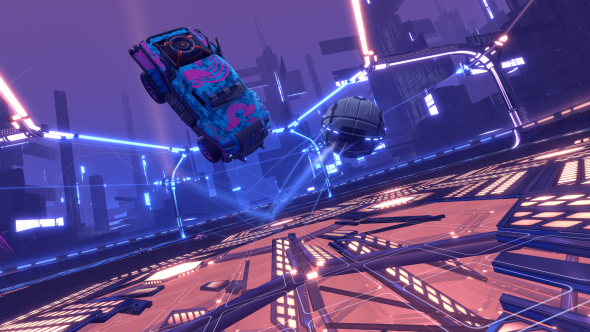 Steam’s biggest competitor in the West is probably GOG, but in China, it’s Tencent, one of the largest gaming companies in the world (they own League of Legends devs Riot). They’re already vying with Steam for a slice of that lucrative market (pretty effectively too, with an estimated 200 million users to Steam’s 125 million), and they’ve just unveiled a formidable next phase in their strategy.

Some of the best games on PC are about to be exclusive to Tencent in China.

The headline news is the announcement of WeGame, a rebrand and relaunch of Tencent Game Platform (TGP), the company’s digital store. It was also revealed that Tencent have secured exclusive publishing deals for several major games, including Rocket League, Cities: Skylines, and Paragon, in an aggressive push for the Chinese PC gaming market.

The news came in Tencent’s ‘Up’ 2017 press conference, which Chinese industry analyst Daniel Ahmad, of Niko Partners, was live-tweeting (and translating).

Tencent further announced publishing deals to bring the following games to China: Epic’s hero fighter Paragon; Ubisoft’s venerable strategy series Heroes of Might and Magic; Psyonix’s breakout hit Rocket League(in a free-to-play form); and Hi-Rez’s hero shooter Paladins. On top of all that, Paradox Interactive’s smash hit city builder, Cities: Skylines, recently had its Chinese launch through Tencent (the devs even made an appearance on-stage at Up 2017).

Publishing deals formany other titles developed by Tencent or Asian studios were also confirmed. And here’s the coup de grâce: all those games are no longer available on Steam in China – they’re now fully exclusive to Tencent.

Market research firm NewZoo estimates Tencent single-handedly own 13% of the world’s games market, with significant share holdings in some of the next-biggest companies, including Activision-Blizzard.

For us in the West, it seems Tencent’s ambitions are limited to beating Steam in China– at least for now. It’s not clear that they have plans to compete in the rest of the world.