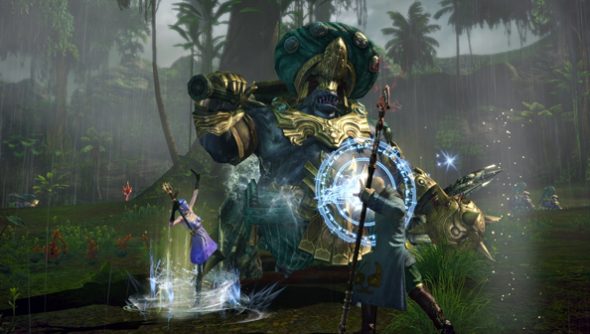 Update: The server closures will only affect TERA’s North American operation. Gameforge’s Richard Plant told PCGamesN: “I’m keen to assure you that this does not apply to the EU servers run by Gameforge.”
TERA launched four months ago, but since the majority of its servers have dwindled to the point that group play has slowed to a crawl.  “We’ve got several metrics to measure server activity”, says developer En Masse. “And many of ours are below the mark.”

“We’ve also been listening to the issues our players have been having in the game: lack of resources, lack of groups, extended wait times for dungeons, and so on. We feel that the best way to address these problems is to increase the number of simultaneous players on our servers.”

An improved player experience, then, is the goal of the server merger scheduled for September 18th. The move will also make it easier for developer En Masse to run player-driven server-wide events.

If you’re a TERA player, let us know what you think. Do you struggle to find groups on ghost town servers? Or are you worried that the game will shrink into nothing?