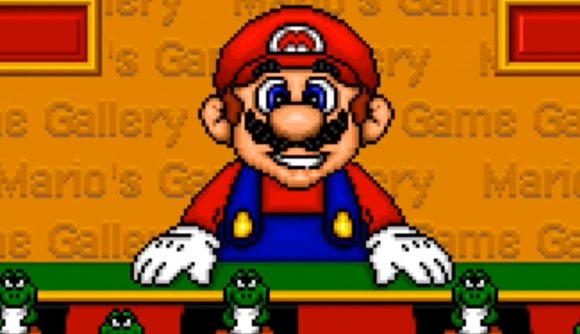 For years, Nintendo’s mascot mustachioed mascot has exclusively had a home on Nintendo consoles. That’s begun to change as Mario makes the leap to new devices in titles like Super Mario Run or Mario Kart Tour, but you’re out of luck if you want to play some Mario on PC. There aren’t any official options to play with Mario on home computers these days, but it wasn’t always that way – Nintendo officially sanctioned loads of weird and mostly bad Mario PC games back in the day.

Mario’s early outings on personal computers were innocuous enough, including numerous ports of arcade titles like Donkey Kong and the pre-‘Super’ version of Mario Bros on platforms like the Commodore 64 and ZX Spectrum. These ports continued into the early NES era, when Nintendo itself was already bringing nearly arcade-perfect conversions to its own console, and that didn’t stop projects like the downright nightmarish Super Mario Bros Special from coming to platforms like the PC-88.

But on the PC format as we know it today – starting with MS-DOS – Nintendo lent Mario’s likeness to a series of edutainment games from various publishers, including Interplay. Yes, the company you know for putting out PC classics like Fallout was also responsible for not-so-classic titles like Mario Teaches Typing.

Released in 1992, Mario Teaches Typing is a decent-enough typing tutorial, and it even features some early voice work for Mario himself, well before Charles Martinet had established himself in the role (but more on that in a minute). A series of minigames show Mario in platformer-style levels – he runs and jumps as you successfully type out phrases displayed on-screen. 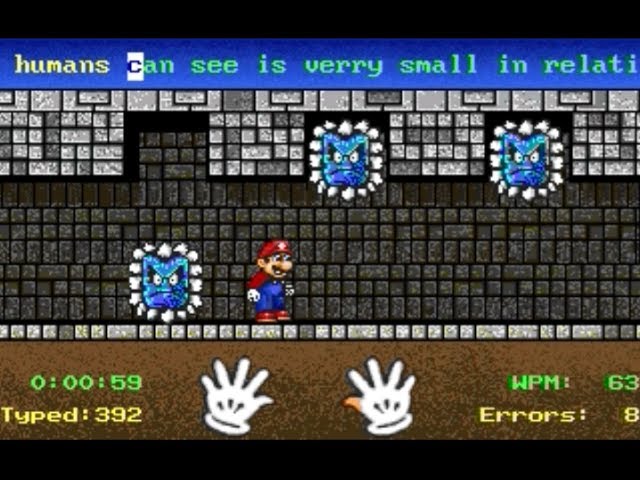 Other PC publishers got a chance at making educational Mario fare in 1992, too. Merit Software brought us Super Mario Bros & Friends: When I Grow Up, a digital colouring book meant to teach kids about various jobs they might have as adults. (Watch out for an early vision of Dr. Luigi in this one.) 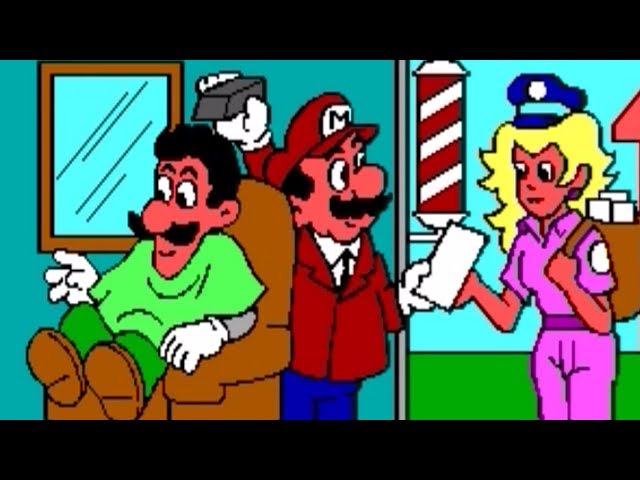 Perhaps the most infamous of Mario’s edutainment offerings, however, is the Carmen Sandiego-inspired Mario is Missing! from Radical Entertainment, which casts you as Luigi in search of your kidnapped brother. Of course, you make your rescue by solving trivia about various locations around the world. The game was also released on Super NES, but the PC version enjoyed the benefits of some extremely – extremely – good voice acting. Radical also made a direct follow-up in Mario’s Time Machine, which trades geography lessons for history trivia. 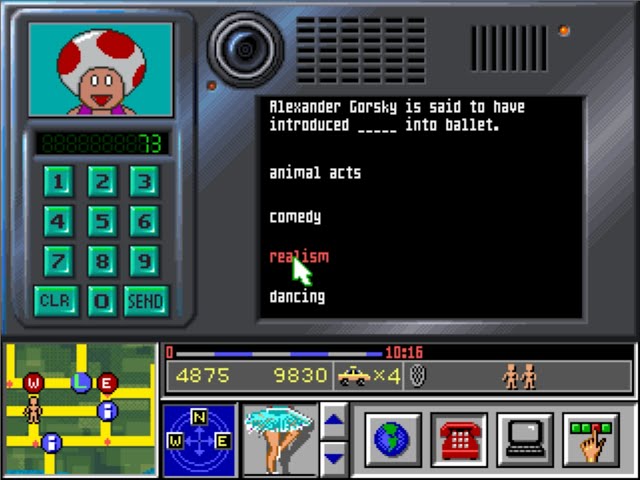 But it’s back with Interplay in 1995 that we get, perhaps, Mario’s most important PC game in Mario’s Game Gallery. The game itself isn’t memorable – it’s just a selection of basic card and board games where you can play against Mario – but it did bring us one of Mario’s most iconic traits: his voice. Mario’s Game Gallery marks the very first time Charles Martinet voiced the character, a full year before the much more widely-recognised debut of the voice in Super Mario 64. 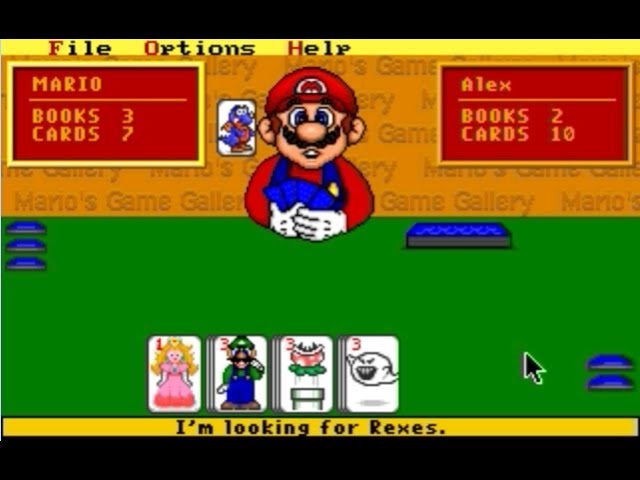 Interplay brought us Mario Teaches Typing 2 in 1996, and the whole Mario on PC thing kind of fizzled out from there – but what a gloriously bizarre few years we got in between. For now, there are loads of other great, non-Mario platform games you can enjoy on PC, but still no true Mario experiences on the platform. Unless there’s some way of playing old Nintendo games on PC I’m unaware of. (Surely not.)