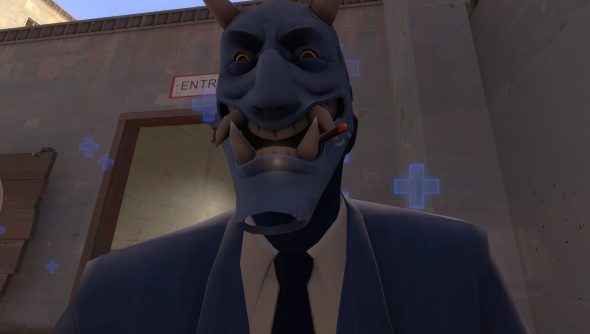 According to Backpack.tf, I have $46 worth of virtual goods weighting me down in Team Fortress 2. That’s 84 refined metal in Mann money. I’d never sell them, because the whole idea terrifies me, but it’s interesting to know I have capital sat on a server in a pile of fake weapons. I could be an arms dealer, buy myself a meal and regret the hassle that meal caused me at a later date. But there are people out there who could buy a lot more.

Backpack.tfis a crowd-sourced Team Fortress 2backpack stat and price tracker. It asks the community to vote onwhat they’d pay for items, in both real money and in TF2 trading terms. I hopped on, thinking about an early retirement fuelled by the rapid sell-off of my pack. There are a few weapons that I’d expected to skew the score, but Community Weaponsaren’ttradeable, sodespite being hugely rare they have no marketable value. I won’t be retiring on Valve’s generosity.

But someone like Mattie!would be able to take a year off if he managed to convert his pile of unique hats into real-world loot. It’s more remarkablewhen you consider that TF2 backpacks only hold up to 1000 items: he has $28061 across 864 items, whichworks out at an average of $32 per item. He’s managed this byfocusinghis trading attention on UniqueHats. He’s piled up Team Captains, both vanilla andwith unique properties attributed to them: his TeamCaptain with Burning Flames is worth more than my entire backpack, but as it’s a peaked hat engulfed inflames I’ve little reason to be jealous becausemy head isn’t on fire.


His harem of hats even tops Team Fortress 2 hat ponderer Robin Walker. If Robin ever wanted to take the money and run, unless he hackedhis account before fleeing, he’d earn a paltry 1451 dolleridoos. He’d only be able to buy seven bulletsfor the Heavy’s minigun.
I’m curious to know what your backpack is worth.What’s the most valuable thing, both in terms of TeamFortress 2 trading and to you personally? I have a pathetic emotionalattachment to my Strange Spy Knife: it keeps track of all my kills which makes me feel all warm and fuzzy. I could never sell my pink Camera Beard,either. Partly because no-one would buy it, but I look decidedly dapper.
{"schema":{"page":{"content":{"headline":"The $28000 Team Fortress 2 backpack","type":"news","category":"team-fortress-2"},"user":{"loginstatus":false},"game":{"publisher":"Valve","genre":"Free to Play","title":"Team Fortress 2","genres":["Free to Play","FPS"]}}}}