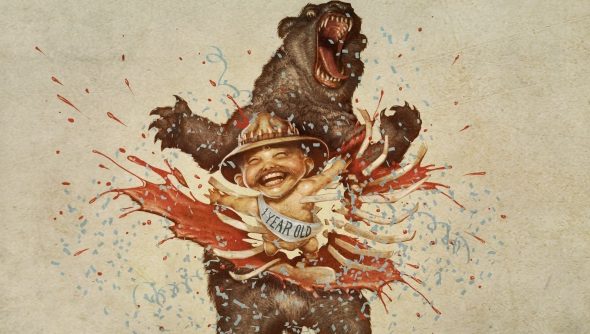 Back when Team Fortress 2 was in black and white and everyone was playing 2Fort on their Pentium 4s, you couldn’t have known what it would become. If you’d have stopped me on the bridge and said “soon, all this will be full of Scouts carrying fish” I’d have been unable to high-five you and admire your headgear. Team Fortress 2 has changed a lot over the years, and if you’ve joined the game recently you might not realise just how different it all was. Unless you’re on playing the Xbox 360 version, in which case: hah! These are the most significant, gnarly code drops the TF2 team have eve-dropped: If these updates were men, they’d be bronzed, on stage and in posing pouches.

Do you remember where you were when you first heard about the “Gold Rush” update? I do, as I was in Valve’s offices being told about it by Robin Walker. Just a little fact for you there. For everyone else it was February of 2008 and Valve brought the Payload game mode in, forever releasing TF2 from the bonds of Control Point and CTF. This was back so far that the blog posts weren’t even written by award winning comedy writers, or drawn by award-winning comic artists. A line like “Stand near the cart, it moves forward” nowadays would probably be laced with irony, make joke about Australia, and take seven pages of panels to say. But even that was overshadowed by the updates to the Medic class: the first to receive new weapons on top of the original stock of guns he already had. Not only did people have to think about what loadout to go into a game with, but they also had to unlock them with achievements. The result was that a lot of people would play one class, unbalancing the game. Valve had to come up with a plan for that.

Three more weapons for the flame-boyant firebug, but that wasn’t the focus of this update. The big surprise came with the inclusion of two maps: ctf_turbine and cp_fastlane. What was so remarkable, here? They were maps created by community members that Valve had liked so much they added them to the game’s official rotation. It’s the first of a huge amount of community generated content that Valve would begin to include.

More weapons, including a “Sandvich”, but that’s not the main change in this update: another new game mode is introduced, with five new maps: Arena mode. Two teams fight over a single control point, and the game ends when either everyone is dead or the CP is captured. Those that die in game have to sit out until the next round, and as such it’s not a popular choice of game. It led to the creation of another, player friendly mode. This is when Valve really got cooking. The update started out as a Sniper update, and slowly the Spy unmasked himself on the website, sneaking up behind the Sniper: the first twin class update! The most significant part was the introduction of hats to the game. This is when it all changed, marking TTBF (The Time Before Hats) on every player’s TF2 Joke-A-Day calendar. Payload was also remixed into a Race scenario, where the teams are pushing two carts. This was also the first time comics were used to tell a TF2 tale as well, telling how the Sniper could use a jar of piss against his enemies. But the update also changed how the weapons were delivered. Instead of achievement milestones for the two classes, the game now dropped weapons as you played the game. It left players frustrated, with no clear way of guaranteeing they’d get what the gun they wanted, especially as the drops included weapons from other classes. It was a dark, dark time and I took action.

In which Valve added achievement milestones to allow Sniper and Spy players to grind the unlocks. It also marked the day I was forever banned from entering America: “We don’t protest video game updates in /this/ country” zombie George Washington said, while dropping me out of a plane over a volcano filled with fire sharks. How did I survive? That, my friends, is a story for another day.

August 13, 2009: “Classless Update”No single class was updated in this update, instead added maps and hats to the game. But they also added King Of The Hill, a new game mode where the teams fought over a single control point? Sound familiar? It’s Arena made fun with respawns. Good guy Valve. Another twin class update, between the Soldier and the Demoman. This was significant as it was the first time Valve set the community a challenge: whichever class scored the most kills during the update week would receive a bonus unlock at the end of it, with the Soldier narrowly coming out the winner. They also added bots to the game for offline practice. But the most of the most significant addition was item crafting: players could now smelt unwanted weapons down and make new ones out of them.

TF2 leads Valve’s charge onto the shiny, over-priced baubles that people use in coffee shops. The shop is open and ready for a fight. TF2’s in-game economy kickstarts with the opening of the Mann Co. Store, a shop where you can buy all of the game’s guns, hats and misc bits. It’s another case of Valve using the game as a Trojan Kangaroo, as it with it came the Steam Wallet, where people could add money to an in-Steam wallet to spend across all games. You’re also able to trade your items in TF2 now. This is the real beginning of the TF2 economy. The items in this update were all fan-made.

I skipped the last halloween update, but this one included a map, Mann-Manor, that brought with it TF2’s first boss fight. The AI controlled Horseless Headless Horsemann would spawn and start chopping at everyone it saw. A terrifying sight, but it looks like it’ll be a significant beginning for Valve’s future plans for the game: Player vs AI is likely going to be the focus of the next update.

An update without hats. Robin Walker is still furious. Another case of Valve responding to something the fans want: this update brought with it the ability to more easily download and edit replays of your life. Note: you don’t need to expect to do something awesome then record it, if correctly set-up the game will have already recorded it and all you need to do is download it. It’s time travel.

Celebrating one-year of ruthless, violent capitalism, the Mann Co. store’s updates weren’t all that significant, apart from Steam Workshop: it allowed players to upload the creations so others might vote on them. The best would make it into the game. The Workshop’s become a huge bonus for Steam, ending up in Portal 2, Skyrim, and more.