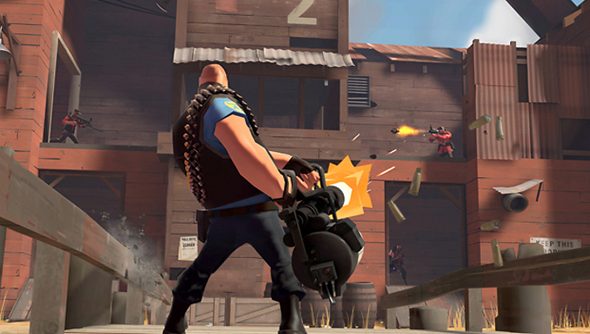 You won’t have noticed unless you’re one of the minority of Steam users not running Windows 7, but Team Fortress comes in three flavours these days: Windows (vanilla), Mac (mint), and Linux (green tea?).

Valve’s push to arm Linux in the war against Windows 8 has been particularly commendable. Unfortunately, it’s only now that some users have been able to run TF2 on the overthinking man’s OS at all.

A “regression” issue had meant the game failed to start on systems with older Intel GPUs. The dev team eliminated that bug this weekend, thankfully, having already improved Linux performancefor the game back in March.

Another incentive to play TF2 on Linux: a penguin.Though I have to say, our Steve’s quest to fetch it didn’t go so well.

Have you had better luck?