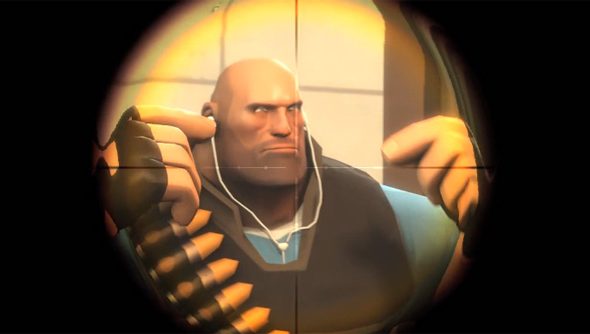 This is a bit like something out of a John le Carré novel: allegedly Steam users in Russia have been buying Mann Co Supply Crate Keys at a few dollars each, selling the Keys on to other players in exchange for Team Fortress 2 Earbuds and then selling the Buds for cash, seemingly at a loss. Why? Because the Keys are being bought with illegitimate credit cards, while the Buds (TF2’s most valuable item) are being sold for real cash. The reason it’s news now is because, according to SteamRep, over 5,000 Keys have been fraudulently purchased today alone, four times as many as usual. Valve, they say, could be missing tens of thousands of dollars.

Here’s the full post onSteamRep, complete with wavy graphs and urgent red circles. Armed with a giant cache of keys, it seems the fraudsters were trading Keys for Buds at way above the going rate (up to 30 Keys per Buds, rather than the average of 25 Keys) with the intention of shifting their dirty loot as quickly as possible.

It’s a mildly confusing tale, especially if you’re not up to speed on just how TF2 item trading works, but the author of the investigation details precisely how he tracked down a mysterious cabal of Key purchasing accounts, all accounts made within the past few months, by interviewing the players who’d traded their Buds at the inflated price offered by the miscreants. It’s fascinating, though still speculative at this stage,

If the accusations arecorrect, the potential fordamage can’t be ignored, with thousands of Keys allegedly being injected into the TF2 economy through stolen credit card details. This isn’t a new problem either. The unofficialinvestigator points to a string of similar spikes in Key purchasing by suspicious accounts happening throughout 2012.

That said, if this is an ongoing problem, it’s hopefully one Valve are alreadyaware of. They recently celebrated the Mann Co Store’s two year Manniversary.