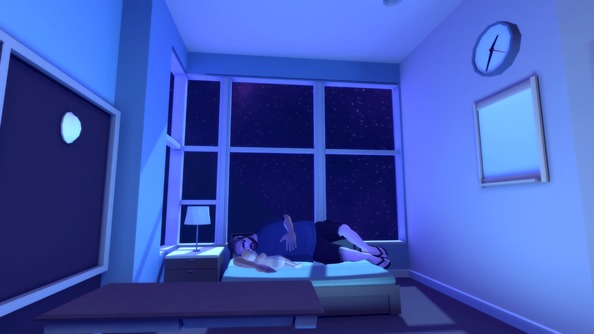 And I’m not saying that because the subject matter makes it difficult to criticise, or indeed easy to evangelise. There’s no point approaching That Dragon, Cancer armed with the tools of tradtitional game criticism – this is a game that offers incredible, painful and vivid insight into one of the hardest experiences a human could endure. It’s also a playable memorial to a life cut tragically short. It’d be crass to slap a score on that, or to point out any percieved rough edges. Instead, I’ll offer a simple recommendation and share my experiences with it.

In November 2010, Ryan and Amy Green were told that their 12-month-old son Joel had been diagnosed with an atypical teratoid rhabdoid tumor, and was given about four months to live. But Joel lived on past those four months, and at the age of four his dad Ryan conceived the idea for That Dragon, Cancer – an autobiographical game about the family’s experiences. Tragically, Joel did eventually lose the fight to cancer in March 2014, but Ryan persevered with the game and choose to redesign it to honour his son.

You’re taken disarmingly deep into those experiences right from the game’s opening scene, in which you, the player, inhabit the role of a duck bobbing along on a pond. Ahead of you is Joel, tossing pieces of bread onto the water’s surface. You hear the voices of the Green family ahead of you – Joel’s brother is asking their dad why Joel can’t talk yet, because most kids can talk when they’re two can’t they? Ryan patiently explains that Joel will catch up with the other kids. He just gets there slower. 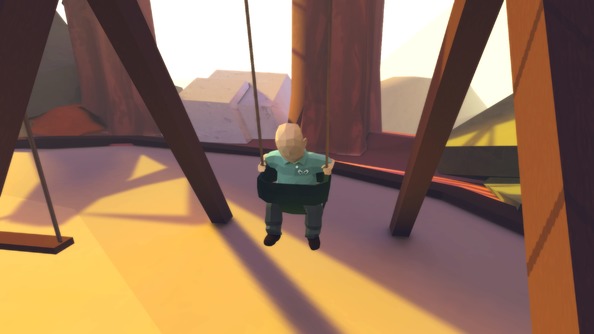 Hearing the voices of the people who made the game, and of the child whom the game serves as a memorial to, you’re placed closer to the situation than any player would feel comfortable with. Closer, too, than any creator would feel comfortable with. It’s just a family feeding ducks on a pond, ostensibly, but it’s also a statement of intent from Numinous Games – the collective name given to the Greens and others who helped bring the game to fruition – which calmly informs you that for the next hour or so, you’re going to get the naked, honest truth about how it feels to raise a child with cancer.

From scene to scene, your role as the player flutters back and forth. One minute a passive, disembodied bystander, the next suddenly a principal character. Whoever you are in a given moment, though, your level of interaction with your surroundings is always handled with a light touch. It never spills over into ‘gameplay’, because gamifying the experience isn’t the intention. It’s an odd thing to say about a videogame, admittedly, but a design choice that inarguably works in context.

This is an aspect of That Dragon, Cancer I find incredibly impressive. It uses the form so well to tell its story, getting under your skin in ways that film or literature alone couldn’t, but never feels like its having to justify taking place in an interactive medium by throwing in tokenistic interactions. Your inputs may be light, but they do give you the feeling of generating the narrative momentum. If you want to spend a while just watching Joel play with a dog, listening to the pure happiness in his voice, you have that power. If you want to put a much more painful scene behind you as quickly as possible, you can have at least some say in that, too. 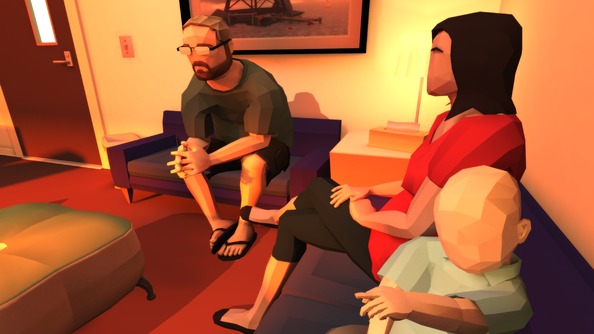 I’ll try to lock down exactly what I mean when I say this is the ‘bravest’ game I’ve played. Firstly, and most obviously, it’s one of the most honest accounts of dealing with terminal illness I’ve been exposed to. Ryan Green lays bare not just his love for Joel in the public forum, but all his frustrations in caring for him, the doubts he has in his faith, and the tension between he and his wife Amy that the situation exerts. To put all that into any creative medium, for the most part at the same time he’s actually going through it, is a remarkable achievement in itself. To do so with artistic restraint and subtlety is simply staggering.

But what I find particularly brave about That Dragon, Cancer is that Numinous Games chose to convey such a complex, multifaceted human experience as a game. That’s an incredibly risky thing to do.

John Diamond’s bestselling book C: Because Cowards Get Cancer Too is an almost almost unbearably honest and detailed account of terminal disease. Similarly, Kurt Kuenne’s 2008 movie Dear Zachary: A Letter to a Son About His Father tackles a situation almost too painful to depict, and has to adapt its framing and purpose as real-life events take unexpected turns. But without detracting anything from those two works, they do at least have the luxury of maintaining control over how their stories are told. 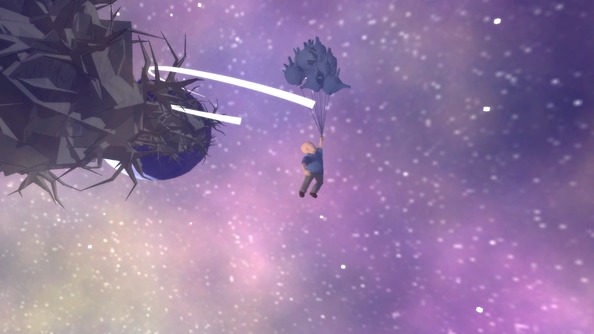 In That Dragon, Cancer though, its creators don’t know where you’ll be looking or standing in a given scene. They can’t be sure you understand what’s expected of you as the player, and thus they’re constantly running the risk of reminding you that you’re in a game, interacting with polygons, art assets and recorded audio via mouse inputs.

At certain points I came dangerously close to thinking on those terms. When Amy and Joel are in a boat and Ryan is swimming alongside, almost drowning, I wondered if I should be clicking the mouse faster – if I was going to enter a fail state somehow. Ryan felt unresponsive to control, and it confused me. That was exactly the point, of course – when you play that scene, he’s showing you exactly how he felt.

And in doing so, he’s also opening That Dragon, Cancer up to criticism on traditional gameplay terms. What if someone leaves a Steam review saying they didn’t like the controls, or the camera? What effect does that have on this as a diary, a memorial, as a project that gave a grieving family something to focus on? The Greens choose to share themselves and their son with the world regardless. 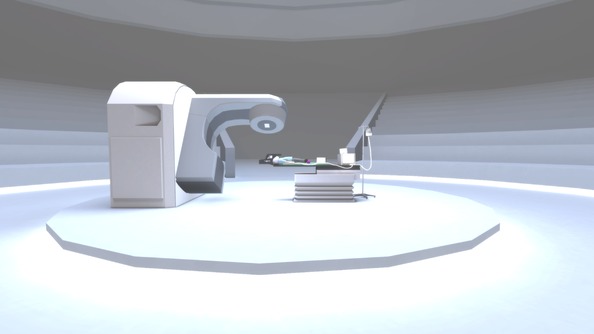 By manifesting that bravery in a game they offer you an insight into a situation no one should have to go through. The opportunity to experience it with just enough distance that you can process it, comprehend at least an infintessimal fraction of its emotional reality, and then process it into empathy for anyone who’s had to live it.

As deeply affecting as it is, there are happy endings to be found in the game, and one of the most tangible is that all sales revenue is being donated by Razer (who bought out the game’s major funder Ouya) to TheMorgan Adams Foundation and Family House SF. Both helped the Greens throughout Joel’s illness.