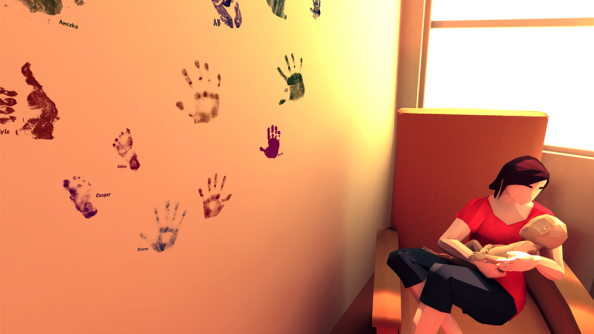 That Dragon, Cancer, the autobiographical story of a family’s struggles with infant cancer, has yet to turn a profit according to developer Ryan Green.

You can also support indie developers like Green by checking out some of the best indie games on PC.

The game, which focuses on telling a heart-breaking narrative as Ryan’s son Joel is diagnosed and treated for a rare brain tumour, went on sale more than two months ago.

Despite critical acclaim throughout its almost three year development cycle, it has only gone on to sell 14,000 copies according to SteamSpy, and Green believes this is due to YouTube content creators uploading playthroughs in full.

“We underestimated how many people would be satisfied with only watching the game instead of playing it themselves,” he wrote in a blog post titled “On Let’s Plays“. “If you compare the millions of views of the entirety of our game on YouTube to our sales as estimated onSteamSpy, you can hopefully see the disparity. We have seen many people post our entire game on YouTube with little to no commentary.”

The post was prompted by a user outcry that their videos had been marked by content strikes, as a result of the game’s composer Jon Hillman being given freedom to choose whether to protect his intellectual property or not by Green as part of his freelance agreement.

“We paid Jon to create music for our game because we understand that he needs to be paid in order to spend time creating that music,” Green writes. “If someone else uses his music without permission, we also believe he should have the right to determine the consequence. And if there is revenue being drawn from that use, we believe he should be compensated.”

Green noted that many of the YouTube videos for That Dragon, Cancer are soundtrack files obtained by decompiling the game, and these were the ones Content ID strikes had been intended to compensate Hillman for. However after strikes were being issued to those doing playthroughs as well, Green dropped the claims, though still laments that the uploaders do nothing to encourage their audience to play the game themselves.

“We’ve also seen many, many Let’s Players post entire playthroughs of our game, posting links to all of their own social channels and all of their own merchandising and leaving out a link to our site,” Green says. “If a fraction of those who viewed a let’s play or twitch stream of our game left us a $1 tip on our website (less than the cost of renting a movie), we would have the available funds to continue to work and create for the benefit of the gaming and the Let’s Play community.”

Green is insistent that he still supports the YouTube community who wish to show new games to their audience, even as far as allowing them to monetise such videos, but is upset by what he sees as irresponsibility in showing the game in full with little direction towards, or incentive to find, the original product.

“We have allowed our content, the fruit of our sweat and our tears, to be used by Let’s Players and to your fans for free to create content with, and you are drawing a small amount of ad revenue from our content,” he says. “We are asking that you return that favour by creating Let’s Play videos that don’t just rebroadcast the entirety of our content with minimal commentary, but instead use portions of our content as a context to share your own stories and start conversations with your viewers.”