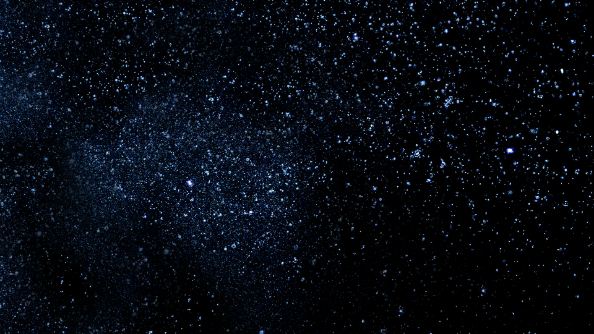 Something I always find odd about modern game criticism is how seldom a reviewer takes into account a game’s capacity to distract the individual from mankind’s inherent futility, and the eternity of nothingness that awaits us all, drawing silently nearer with every second. In an attempt to redress the balance, here are some absolutely cracking PC games that have achieved critical acclaim, but definitely don’t halt the progress of the impossibly black abyss. 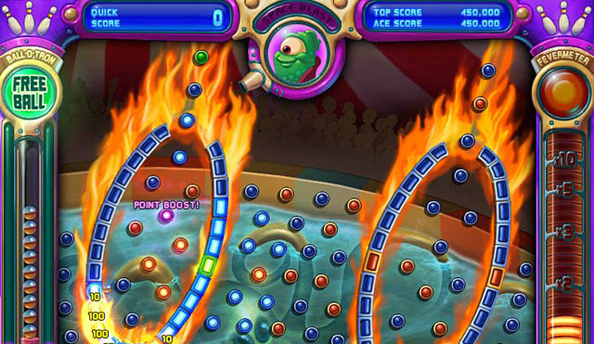 “EXTREME FEVER!”, your screen excitedly tells you while the triumphant bars of Beethoven’s Ode To Joy blast through your speakers. You sit motionless, face utterly impassive having tried and failed to forget about the abyss for a few minutes. 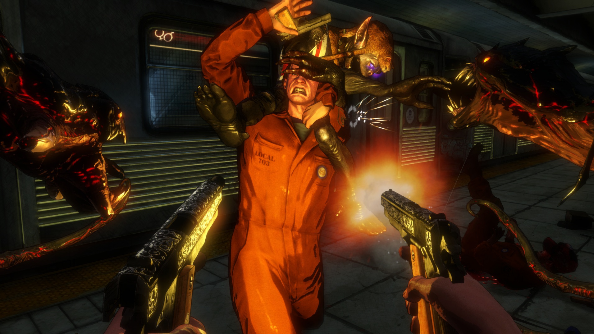 It’s often overlooked when people sit down to discuss the best shooters they’ve played in recent years, isn’t it? Perhaps the ‘quad-wielding’ mechanic came across as a bit gimmicky to some, or the supernatural mob boss plot just didn’t chime as intended. I’d take both of those grievances to task, though: there’s genuine depth to quad-wielding that allows playful manipulation of your opponents. And while the story clearly wasn’t written by Leo Tolstoy, it at least tried to flesh out a few characters and explore their motivations.

Sadly, for all The Darkness II got right on a gameplay level, it simply isn’t enough to counteract the way your mind reads the title and just starts repeating “The Darkness… The Darknesss… The Darkness…” over and over, louder in your head each time until you begin to wonder if you’re saying it aloud. Panicking, you put your hand to your mouth to check but find it cold and motionless. All the while, the words become louder. Louder. 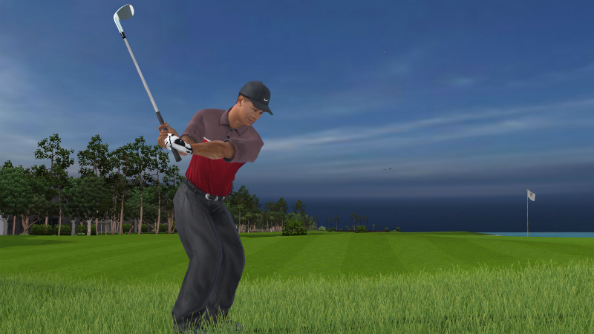 Every once in a while, a sports game comes along with so much polish, clever design and enthusiasm for its subject that it’s possible to enjoy without the slightest interest in the real thing. For many, Tiger Woods PGA Tour 2005 was just such a game.

Mechanically it’s been incrementally refined by later titles, but there’s a fantastically involving career mode to participate in, a great selection of iconic courses, the nagging feeling that the abyss is right behind you now, sucking in the air you exhale and extinguishing all the memories you don’t currently hold at the very fore of your mind to be lost forever in the blackness, and a strong roster of modern and historical golfers. Really top stuff. 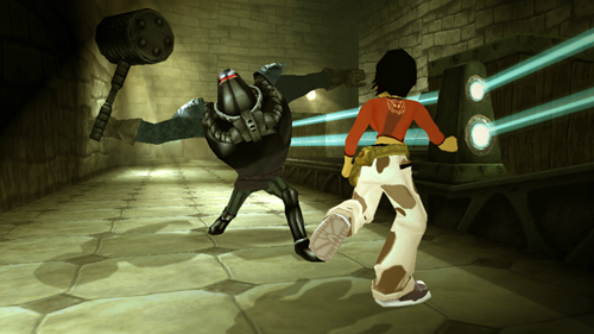 Beyond good and evil lies only the abyss. 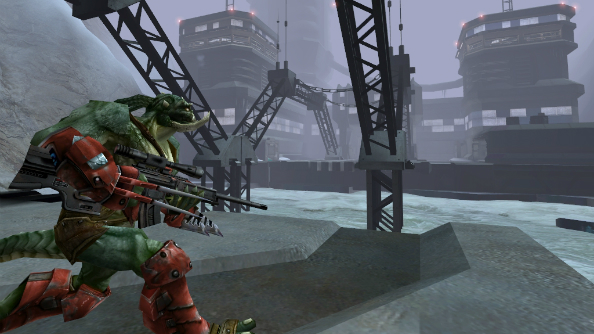 Beyond Unreal Tournament 2004 lies only the abyss.

The Witcher 3: Wild Hunt, running at a flawless 60 fps in 4K 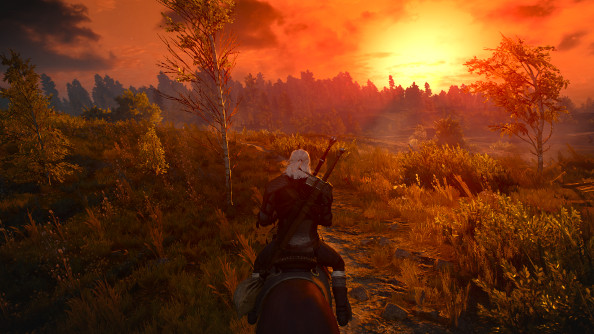 Yep, that looks pretty good, you observe over the whining and whooshing of your twin $600 graphics cards. The cards you bought on credit and will be paying off for years. The massive 4K monitor too, that wasn’t cheap. Aye, you’ll be paying that one off until your youngest’s in secondary school. You’ll probably be able to afford those outgoings for the next four years though, if you watch how much you spend on nights out, and clothes. And petrol. For four years. 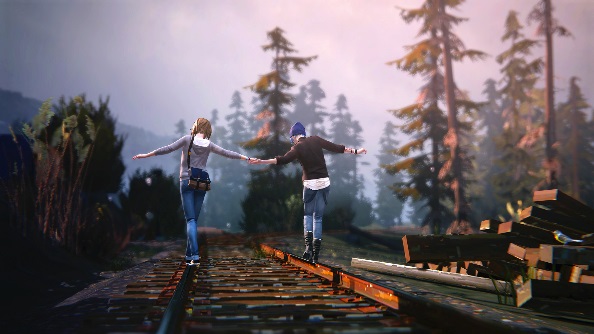 No no no, this one won’t do it at all. There’s an actual abyss! Are you joking? Tell me you’re joking.

An actual abyss. No amount of tastefully selected Pacific Northwestern acoustic indie or endearing hand-drawn doodles can offset that. Alright, not an actual abyss, but a great big whirlwind that’s clearly supposed to represent one.

Alright, not clearly, but a whirlwind that looks very much like what one might imagine the abyss that will one day take us all may look like. And you think a quirky, well-acted plot about friendship and growing up is just going to, what, magically make everything better? You think taking photos to unlock an achievement is going to change anything?

I like you. I do. But sometimes I wonder about you. Life Is Strange, honestly. 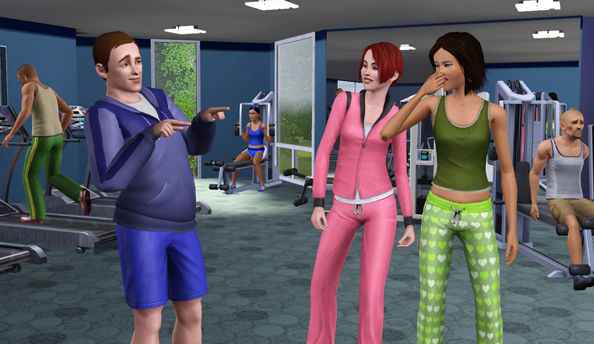 Comes closer than many, in all fairness. A+. 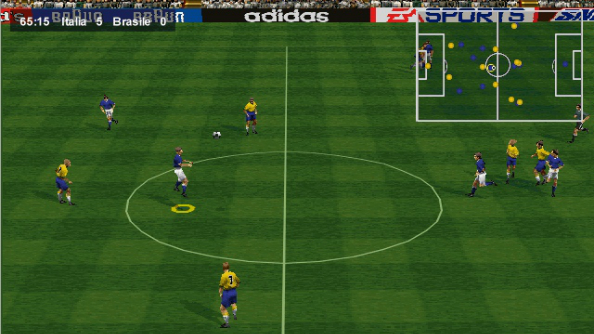 This is a laugh, isn’t it? Going back to the good old days, when there was a professional foul button. When it was about mucking about and trying to score daft goals, not learning the exact string of commands and movements that’d lead to a goal every time. And look at how fast they all run! Mental.

Yeah, this is good. Sure, it might have been a bit mean on EA Sports’ behalf to release a seperate game for the World Cup and make this game about pre-tournament qualifiers, but at least it’s made clear in the title, isn’t it? See – Road To World Cup.

That’s the vast and limitless abyss popping back into your head, that’s what that is. Nice try.