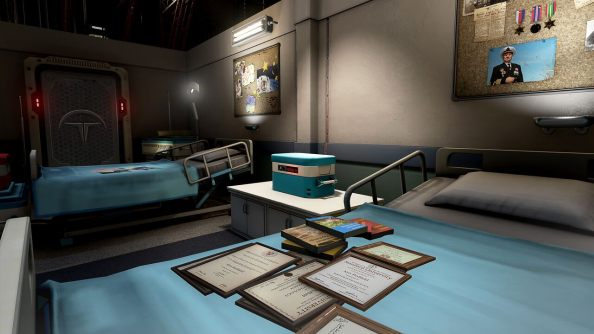 It’s hard enough when a VR game just asks you to fly a spaceship around in a big circle without hitting an asteroid. Once you’ve popped your goggles on to play The Assembly, you’re asked to decide whether you’d kill one person to save 100.

Just got a new bit of kit? Here are the best VR games so far.

If a first-person utilitarian parable set in an underground scientific facility sounds like something you could do with a Rift on your face, well, The Assembly is out today on Steam. If that sounds like too much to think about at once, you can always play it the old-fashioned way.

In-game you take on two roles: that of unwilling Assembly newcomer Madeleine, and well-established company man Caleb, who is just beginning to question the experiments going on around him.

The story tackles the real-world difficulty of making moral decisions about tech that develops faster than legislature. It’s an intriguing subject, whether you’re pondering it in VR or not. Think you’d be into it?