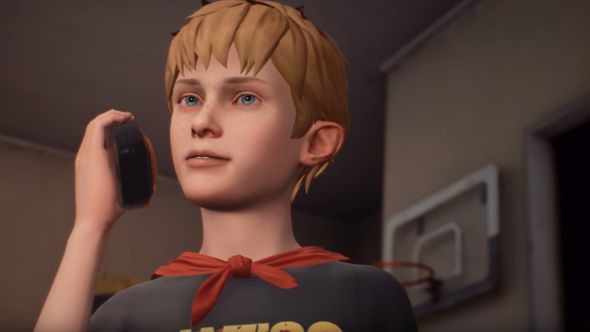 The Awesome Adventures of Captain Spirit was a surprising reveal from Square Enix and Life is Strange developer Dontnod entertainment during Microsoft’s E3 conference. The new game has been developed alongside Life is Strange 2, but while it might only be a spin-off from the upcoming title, your choices in this game will have an impact elsewhere.

Dontnod says it’ll be revealing Life is Strange 2 properly soon, but until then you’ll have Captain Spirit to complete. The game, which features ten-year-old Chris as its main protagonist, will take place in the Life is Strange universe.

The most recent Life is Strange game – Before the Storm – was one of the best PC games of 2017.

In an interview with Eurogamer, co-director Michael Koch and Raoul Barbet say that players “will be able to discover a lot of clues and hints in this game as to what the story and setting of Life is Strange 2 will be.” On top of that, Eurogamer’s report suggests that “some choices in Captain Spirit will carry over and have consequences in Life is Strange 2.”

If you’ve not given the series a try yet (and you really should) this is a “perfect entry point,” although there will be “nods to Life is Strange 1.” Check out a trailer below.

It’s also worth noting that Captain Spirit’s release date is later this month, on June 26, and it’ll be completely free on Steam, Xbox One, and PS4 – and you don’t even need to own any Life is Strange games to take advantage of that offer.