The clue is in the name: The Banner Saga was always meant to be a trilogy. The team behind it, Stoic, has had the beats and thrust of this Viking adventure RPG figured out since day one. And 18 months following the first game, they’re ready to show off part two.

Drew McGee is now the game’s lead writer. We’re meeting just before E3: having yomped up the hill from the convention centre in Los Angeles’ insane heat. But he’s delighted to talk.

“We might be surprising people that it is a trilogy,” he laughs. “I remember going to PAX, and players would be amazed we were making more. Maybe we weren’t clear enough from the start.” 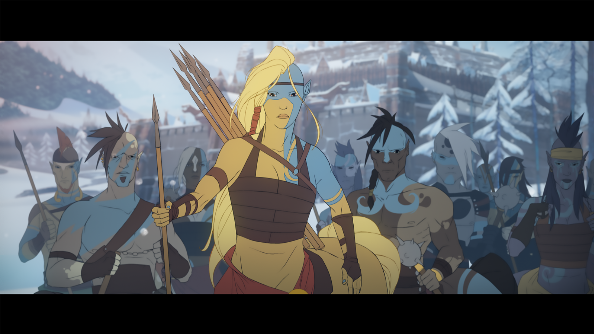 Production on the sequel began almost immediately, even as it was translated to mobile and touch. The first game was successful; so successful in fact that the team have decided to fund the second chapter entirely from the proceeds of the first. They clearly could go back to Kickstarter, but feel strongly that to do so would betray the principle of crowdfunding: that funds and attention should go to those who need it. “It’s called Kickstarter, right?” says Drew. “Not ‘kick-continue.’”

The same team is returning: a ludicrously well organised and efficient team of four veterans, mostly from Bioware Austin and the Star Wars: The Old Republic team. That includes Grammy award winning composer Austin Wintory, again providing the mournful themes that defined the first game. The watchword is continuity: Drew says the aim is for each game to have “the same voice, the same art-style, and the same feel. If you played them back-to-back, they should feel seamless.” 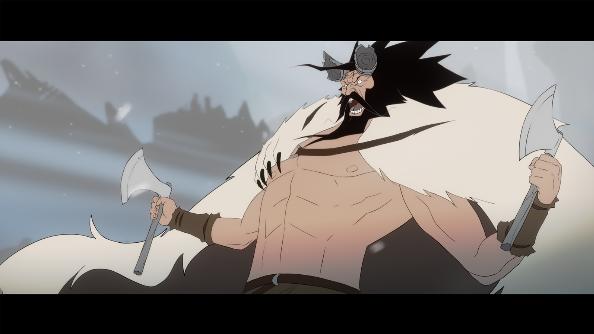 Certainly, the story is seamless. Banner Saga 2 begins just a few weeks after the events of the original game. All the core decisions (including a game defining choice at the very end of the first game that we’re desperate not to spoil) are preserved, with quests and characters removed from the series forever, depending on your previous actions.

The biggest change is a focus on creating variety in the game’s tactical combat.

Stoic are aware that the single complaint they faced was repetition, so every battle in the second game has been touched up, and given nuance. Each will have an objective or requirement that goes beyond: kill all the baddies in the map. In the short demo Stoic are showing at E3, rather than defeating all of the Dredge soldiers, you’re just asked to kill their leader. 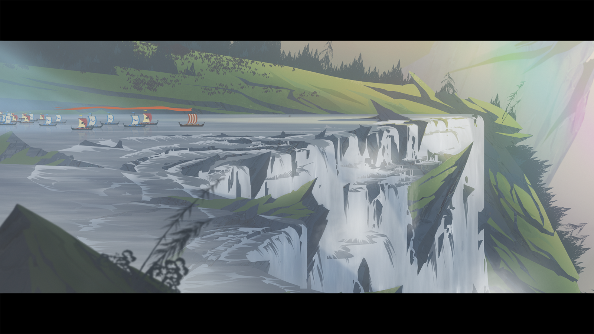 The team are aware, too, that the game’s caravan, the followers you’re meant to be saving, was a mechanic didn’t quite hit home. Now, they’ll be more than a number of mouths to feed: individuals will have faces, stories, and quests to pursue; the idea being you’ll lose out if you don’t work to keep them safe. But they’re not just passive food sponges: a larger caravan will be able to feed itself by sending out hunting parties, scouring the local land for food.

But it’s the quiet ambition and confidence of the team that shines through. As we close the demonstration, I mention that the second parts of trilogies tend to be fan favourites. Call it the Empire Strikes Back phenomenon.

“Yes,” laughs Drew. “And that’s what we want. Maybe we can raise that bar.”