The Banner Saga is at its best when the race for survival that underpins the trilogy is brought to the fore. Dwindling supplies encourage a desperate scrabble to the next settlement in order to prevent your people from starving. An ambush means your entire caravan is forced to rush across a collapsing bridge. Moments like these stick in my mind just as clearly as some of the series’ most desperate battles. Which is why The Banner Saga 3’s realisation of the end of the world makes it Stoic’s most arresting effort yet.

The third game will be instantly recognisable to fans of the series. I’m playing Rook’s storyline, carried over from the previous two games. Rook is a hunter who has leadership thrust upon him as he is forced to uproot his village and travel west. Following on immediately from the events of The Banner Saga 2, this threequel opens on his attempt to gain access to the human capital of Arberrang, which is under siege from an army of statuesque Dredge.

Meanwhile, in the game’s parallel narrative, Juno and Eyvind – a pair of magical Menders – are heading east. Along with a collection of mercenaries known as the Ravens, they’re attempting to turn back the world-ending darkness that is driving the Dredge into the path of the humans and their uneasy allies, the gigantic horned Varl.

The story alternates between Rook and Juno’s dialogue-driven narratives with a number of turn-based battles woven in between to heighten the drama. Rook’s story focuses on the situation in Arberrang where he is forced to considers what it means to be a leader as traditional societal hierarchies collapse. Not only does he attempt to maintain the fragile peace between the city’s rival houses, he tries to turn back the armies of Dredge piling up outside the walls..

In the other narrative, Juno and the band of mercenaries she’s tentatively won over advance into the darkness. It’s here that enemies new to The Banner Saga are discovered. Twisted by the darkness, the Warped have a special attack that allows them to drain strength from your units which is then added to their own reserves. When they’re defeated, these enemies crumble into piles of ash that remain on the battlefield. 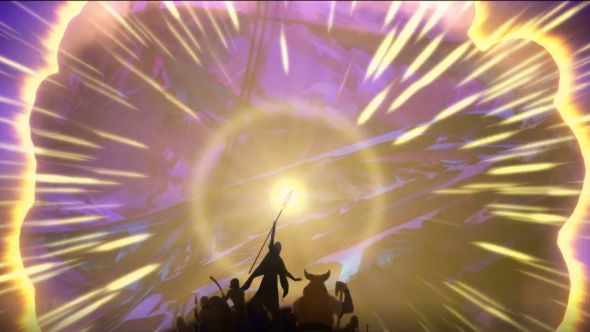 If your units pass through the ash then they’ll lose willpower – a resource required to empower your attacks – while enemy units will be buffed if they step on their fallen allies. It’s a repeated reminder that you’re surrounded by the end of everything. Nothing seems to have survived the darkness, and the stress of being the last left alive in that environment is fracturing the disparate group of fighters both in and out of battle.

The situation isn’t getting any better from Rook’s perspective by this point, either. Arberrang lies with the open ocean on one side and an army of Dredge and a wall of darkness on the other. Having brought his people from one end of the known world to the other, Rook is now trapped in a besieged city on the brink of civil war. In a way I’ve not seen the saga manage so far, Rook and his ever-swelling caravan are pulled from pillar to post, stretched thin as they simply try to survive. To make matters worse, the citizens of Arberrang aren’t willing to cooperate even as they face not one, but two threats to their very existence. 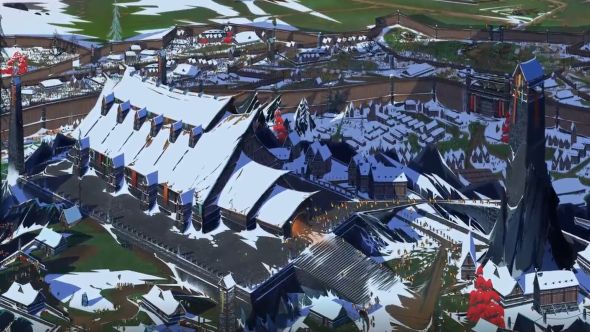 The sense of desperation and hardship that the two narratives put forward, albeit in very different ways, are what The Banner Saga has always been about. Even at times of peace, when you look deeper into the world that Stoic has created, you see references to war, famine, and hardship everywhere you go. As the series comes to a dramatic head, it’s impressive to see that despite the fantastical threat looming on the horizon, the difficulty in scraping out a living that defines this world is still woven seamlessly into the game.