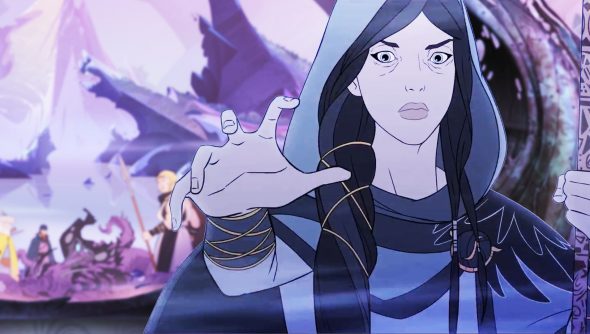 The Banner Saga 3 will be instantly recognisable to anyone who’s played the first two games in the series. But it’s been two years since the second instalment in Stoic’s epic Norse adventure was released. That considered, you could probably do with some The Banner Saga 3 tips to get you back into the swing of things.

This time, you’ll be focusing on the human capital of Arberrang, where the armoured Dredge are quite literally at the gate, with an all-consuming darkness not that far behind them. Out in that Darkness, a contingent of menders and mercenaries are travelling to try to bring back the light, sheltered beneath a magical shield – you’ll be fighting as both them and the survivors on the other side of the gate.

It’s important to remember that, in The Banner Saga 3, you don’t have to win many of the battles you find yourself in. However, doing so offers renown, which you can use to upgrade abilities and reduce injuries, which mean you can return your strongest units to the fight as soon as possible. There are also a few new mechanics and new characters to consider so we’ll be covering those in our The Banner Saga 3 tips below. 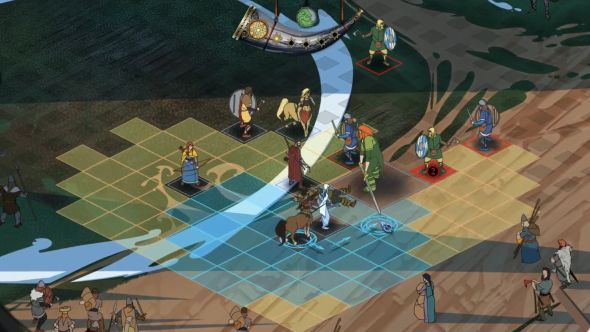 Puny humans take up just one square on The Banner Saga’s battle grids, making them easy to manoeuvre. However, they’re far from the only creatures on the battlefield. Enormous Varl take up a total of four squares, and while they pack quite a punch, they can easily get in one another’s way during a fight. The same goes for enemy units who can occupy either one or four squares.

To make the most of your attacking opportunities in battle, make sure that you can always move your characters towards their intended target. You’ll also want to ensure individual human units don’t block their gigantic Varl allies (especially in close quarters combat). And use larger units to make it more difficult for enemies to move around the map.

Take care of your surroundings 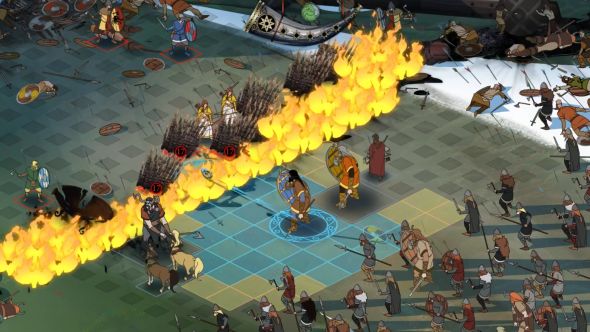 As well as enemy units, The Banner Saga 3 puts plenty more blockades in your way. You’ll have to contend with destructible barriers, but there are also fire pits, which will sap the strength of your units if they pass over them.

On top of that, the Warped units that dwell in the darkness collapse into dust when you destroy them – which stays on that square in the grid for the rest of the battle. Your units will lose willpower if they move through that dust, but enemies will gain strength if they pass over their fallen allies. Make sure you know where your next move will take you, but plan for your enemies’ moves as well. 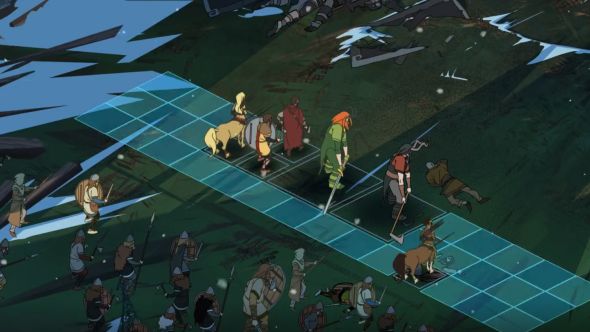 While it’s tempting to wade into battle with a horde of giant Varl, you’ll soon find yourself outmanoeuvred by faster units. At the same time, you might want to pepper your enemies with archers, but mighty Dredge units will make short work of your weaker allies.

The Banner Saga 3 offers more access to different types of unit than ever before, with Varl, humans, Horseborn, and even Dredge all playable as members of your squad. There are also a variety of different unit types, with melee-focused tanks, ranged human units, and even support-themed characters. Make sure to use multiple unit types as often as possible to earn victory in battle. 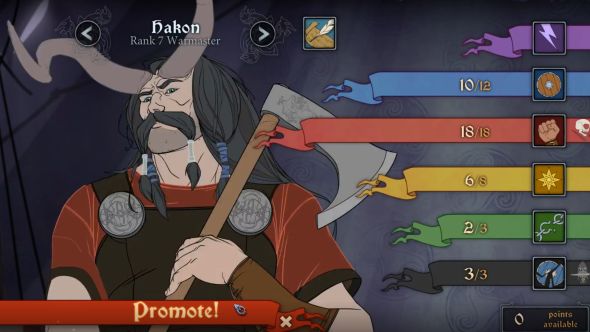 It might seem obvious, but it’s easy to forget that promoting and empowering your units gives access to better stats and special skills. Whenever you promote a unit, you can increase their stats, making them a more potent threat in battle. Once a unit reaches level ten, you can choose an epithet for them, which grants them even more passive bonuses.

Once you’ve maxed any given stat, you can start developing skills further, picking one of two skills for each stat you develop to its full extent. For strong Varl units, you might decide to increase their critical hit chance, while weaker ranged units might benefit from the opportunity to avoid damage to armour, or even dodge attacks altogether. 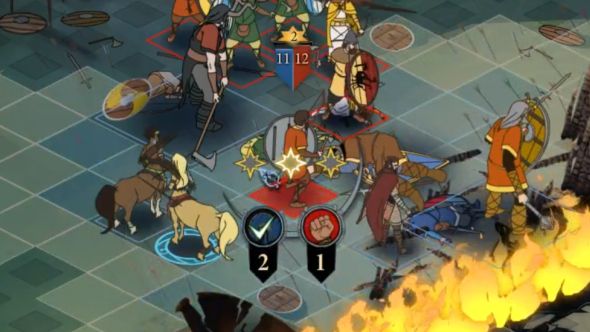 Every character in The Banner Saga starts each level with a predetermined amount of willpower (which can be increased by levelling up your units) that they can use to empower their attacks and perform special abilities. Willpower is a finite resource, and characters will run out of it during each battle.

However, the benefits it offers can be significant, especially when you’re using those aforementioned abilities. If you run out of willpower for a particular character, remember you can earn it back by killing enemy units, and then using the War Horn at the top of the battle screen to help you out in a pinch. 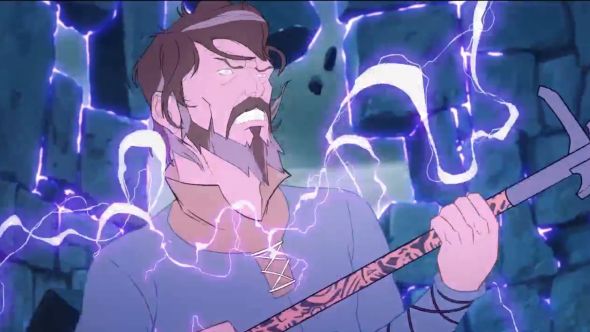 Deep in the all-consuming Darkness, mender Juno and her mercenary allies, the Ravens, don’t have access to bonus willpower. Instead, for every enemy they kill, they earn a stack of energy, up to a cap of three.

This energy allows you to cast a chain lightning spell, which can jump between enemy units, dealing one strength damage to the target unit it strikes every time it’s cast. Some careful positioning, however, means that your lightning can jump to adjacent units, dealing bonus damage if you use it at the right time – just make sure to not accidentally damage your allies. 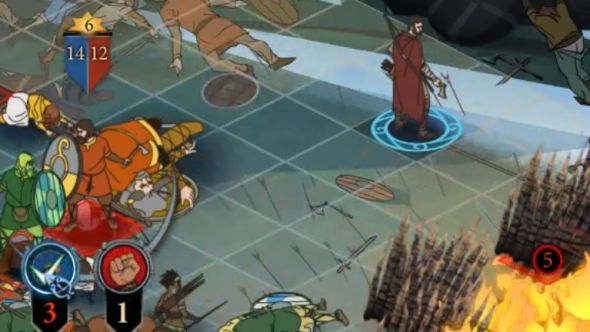 This is a standard Banner Saga tip, but it’s worth reiterating time and time again. The game relies on two different HP systems – every character has both strength and armour gauges. Reduce a unit’s strength to zero and they’ll be out for the count.

But if they’ve still got loads of armor, particularly late in a level, they’ll have an easy time of limiting your own damage output. Not only will they take less damage from successful hits, your chance to hit them will also drop. When that happens, you run the risk that a blow will simply glance off their armour, essentially wasting an entire turn.

The Banner Saga 3 releases on July 26. Check out our Banner Saga 3 preview while you wait, to help you prepare for the apocalypse in the final chapter of Stoic’s Norse epic.