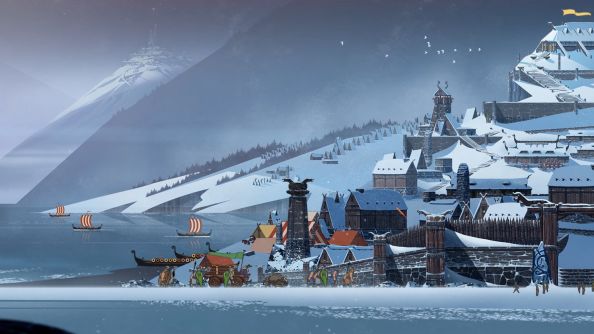 Stoic, creators of The Banner Saga and its sequel, have been reflecting on the past, trying to learn lessons from where they’ve gone wrong. The Banner Saga was a massive hit, but there are things they could have done better, such as that final fight, which is so tough only half the people who encounter it ever see the ending.

If you like The Banner Saga, you should probably check out our list of the best strategy games.

Only half of the game’s players have the determination to get through it, while the other half just switch off. “If they finish that battle they are minutes from finishing the game,” Watson explains. “It’s f**king tragic. They’re so close.”

Stoic have recently been working on tuning the difficulty so it’s not such a spike and a higher percentage of players finish the story.

The developers have been looking at the data, seeing the ‘funnel’ the players are pushed through and watching for where people drop off.

“Seeing this funnel from The Banner Saga really woke us up to the necessity of getting people through the first game,” Watson says. “We’ve actually spent the last few weeks working on an update to The Banner Saga that basically tunes that battle, so that people can get through.”