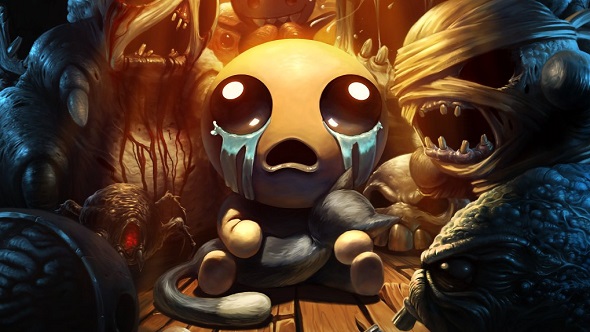 In a post on The Binding of Isaac website, the game’s creator Edmund McMillen has hinted about the imminent release of a new project. According to McMillen, “it’s hard, it’s weird [and] it’s personal”, with it also being “one of the largest games [he’s] ever made level wise.”

In the market for indie games? Check out our list of the best PC indie games.

The main focus of the blog post was to actually announce the second mod booster pack for The Binding of Isaac: Afterbirth. While first envisioned as a monthly endeavour, these collections of fan-made monsters, items and trinkets will most likely be “bi-monthly” releases going forward, says McMillen. The process of collecting all of the best mods to go into these boosters is “not as quick and easy” as he and the team at Nicalis initially expected.

Luckily, McMillen has now acquired “two booster helpers” who should ensure that future mod packs come that bit quicker, and hopefully with some extra goodies that Binding of Isaac fans should enjoy. This second mod booster does have some great picks in it though like the item-charging Jumper Cables, the tear-reflecting Telepathy and the Moving Box, which allows you to actually move items, hearts and even chests from one room to the other.

As for the new project, very little is known about it outside of McMillen’s choice quotes in this blog post. He does reveal that he has been working on it with regular collaborator Tyler Glaiel in secret for the past three months. With McMillen previously announcing The Legend of Bumbo and Øuroboros in 2016, he certainly has a lot on his plate as a developer.

There is also the question if this unannounced project will take anything from MewGenics, McMillen’s cat-breeding simulator which was cancelled in early 2016. It’s all speculation at this point, so expect more news on this “totally new unannounced IP” within the coming months.