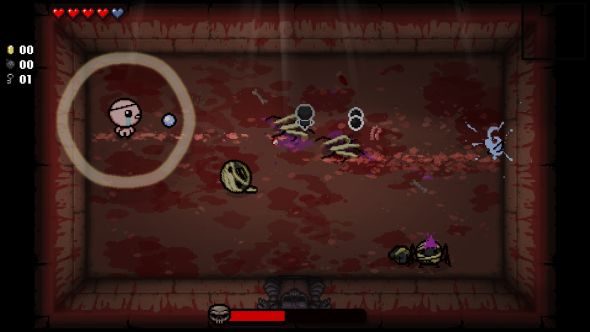 Escape into your mother’s basement as Isaac once more in The Binding of Isaac: Afterbirth+, the new expansion for the roguelike shooter. You can never have too much afterbirth, I suppose.

You need to own the base game to play it, but the expansion houses loads of tweaks and alterations. One highlight feature is the inclusion of the game’s development tools, which will pave the way for mods and even new games inspired by The Binding of Isaac.

Other additions include a victory lap feature, letting you continue after the credits roll, fresh transformations, alternate forms for existing bosses, new cutscenes, fresh tunes and a bestiary that tracks all your kills.

The expansion should be live on Steam at the time of writing, but it isn’t. Keep an eye on the The Binding of Isaac: Afterbirth+ Steam page for its imminent launch.