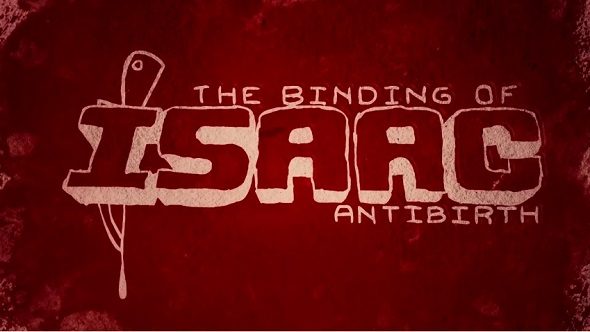 Famous for its thriving modding community, The Binding of Isaac: Rebirth is getting its first sizeable portion of fan DLC, in the form of a brand new expansion. Titled Antibirth, this mod is almost equal in size to the officially released Afterbirth, complete with two new characters, over 16 new bosses and 90+ items for Isaac and friends to collect.

Antibirth also adds an improved co-op mode to the game, which allows two characters to play on the same screen, rather than just one person playing a main character while the other floats around as a baby familiar. There is even a whole original soundtrack for this fan created expansion, alongside a new secret chapter for those who value a real challenge.

As it is a mod for the base Rebirth game, content from Antibirth and official DLC Afterbirth cannot be run at the same time. However, the two versions do co-exist, with it being very simple to toggle between each expansion. Do not fear for your Afterbirth saves either, as they will not be affected by Antibirth runs. The Antibirth team are planning to add support for all DLCs in the future, including the future Afterbirth+ so there may come a point where all expansions are compatible.

It’s best to view Antibirth as it being in Early Access at the moment, as the mod team plans to regularly update and balance the expansion as time goes on. As such, Antibirth only works on Windows systems, so those on Mac and Linux should look to playing the mod via a virtual machine in the meantime.

Antibirth is completely free to download when it launches on December 20 and who knows, its runaway success could see it turned into an official DLC in the future. Watch the trailer above and check out the official Antibirth site for more information, as well as download details come next Tuesday.