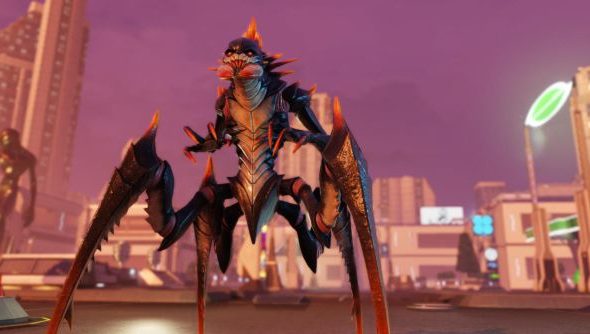 You may recognise the adorable little guy above from all of your nightmares if you ever attempted some of XCOM: Enemy Unknown’s harder settings and mods. In a very oddly-titled interview over on Gamespot, lead producer Garth DeAngelis reveals that the nightmarish Cryssalids are back in the sequel, though slightly less prone to vomiting down your throat to turn you into one of them.

Instead they have poison claws that leave a debuff on anyone they strike – your personnel or any poor civilians that happen to get in the way – which turns them into a cocoon should they die. If the gestation period is completed without gunfire interruption,threeof the bastards will pop out ready to poison and convert anyone else they come across.

They’ve also learned to burrow underground, giving them a form of stationary invisibility and a free attack should your soldiers carelessly trigger them. You can counter this with “items and gear” that the developers aren’t explaining at the moment. Presumably the aliens will have a number of special abilities that need to be fought in certain ways and you’ll never have the resources to counter all of them in a specific mission.

To balance all this out, they’re “a little bit more brittle in XCOM 2.” This sounds like something of a shame, as the reboot’s Cryssalids were already a reasonably nerfed version of the armoured, sprinting, insta-multiplying hell-beasts of the 1993 game. Having more of them present on the field is all well and good, but if the hitpoints are reduced it makes them an easy target for XCOM’s already overpowered AoE weaponry.

The interview also confirms that XCOM 2 will be using the same Warhammer-ish points-based system for its multiplayer that Enemy Unknown did. I actually thought the system has a serious amount of potential for fun and competition, so I’m glad to see it back. XCOM e-sports, anyone?

XCOM 2’s slated for some time in November. Firaxis seem to be on a PR-push for the game, so keep that internet-dial tuned this way for more in the coming days.