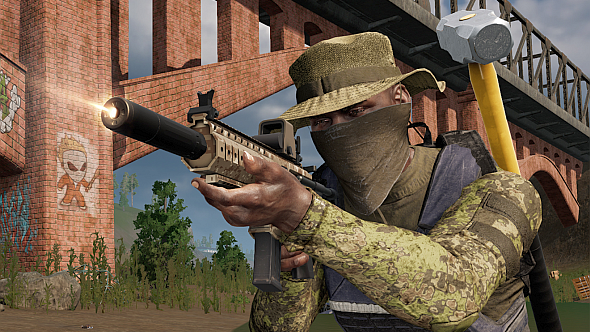 The Culling 2 released on Steam on July 10 at 15:00 BST (07:00 Pacific). It’s been almost two days since then, and according to SteamCharts, the game has drawn exactly two players in the last hour.

In its entire second day of release, The Culling 2 managed a peak of 13 players – well short of the 50 required to fill even a single game. Its all-time peak so far is just 249 players, achieved in the hour after launch.

Though few in number, The Culling 2 players are clearly invested, with 159 user reviews on Steam already. Only 12% of these are positive, however – most reviewers seem to have been fans of the original, and bemoan the many ways in which the sequel has changed course.

If you like your multiplayer games with multiple layers, here are some of the best battle royales on PC.

“This is about as similar to The Culling as an angry choir of confused beavers playing Monopoly is to The Culling”, is Alasdair’s memorable opening line. “The Culling stood out among other battle royale games because it was melee-focused – you could kill people with literally any item, including medkits. Fights could last minutes, and temporary alliances were often formed. No other BR game currently offers this and it’s sad.”

Indeed, where the original Culling was intimate and intense – with its melee focus, small map, and 16-player games – the sequel features a huge map of 20 square kilometers, a somewhat grittier look, and lots of guns. At a glance, there’s more than a passing resemblance to PUBG.

It seems those changes were ill-advised, having alienated those who liked what made the Culling distinct while failing to find a broader audience. Here’s the proof atSteam Charts,as first spotted byGamingLyf.

At least it’ll be an easy win?