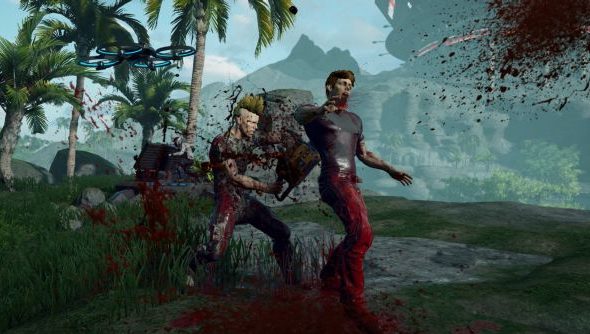 If you’ve been following the saga that is the development (and re-development) of The Culling, you’ll know that things are already getting complicated. Having released their game, followed it up with a sequel, canned that sequel, and then rolled the first game back to its original state, you’d thing developers Xaviant would be about ready to settle in on their project. You’d be wrong.

In a dev diary published over the weekend, producer Joshua Van Veld announced The Culling Origins. Origins will exist alongside the game’s day one reference servers, functioning as a remaster of the original release.

According to Van Veld, Origins “is going to be a patch to the live version of the game,” meaning it won’t apply to the reference servers that fans have been able to play on for the last few weeks. He goes on to say that the aim of Origins is “to effectively remaster The Culling, taking the gameplay and the look and the feel and the vibe back to day one, while preserving some modern bug fixes, and optimisations, and even some new content and balance changes.”

To clarify, Xaviant seem to be remastering the early access build of the game to include the new bug fixes, essentially rebuilding the game from the foundations while allowing those players who want it access to the reference servers. It’s a complex story, but seems like it could be the best way forward for the game in the wake of the rapid cancellation of The Culling 2.

Some changes will rebuild parts of the original game, while other aspects, particularly combat, “will mimic day one extremely closely.” You can check out Van Veld’s message in the video above, in which he also promises that the team will be more open with the community in future.