There’s no denying that The Division 2 is full of easter eggs. Everything from Parks and Recreation to Ubisoft’s own Rainbow Six Siege is covered in some small way, and the devs even decided to reveal a new viking-themed Assassin’s Creed game with an in-game teaser. But in my opinion at least, all of these are trumped by The Morovian Society.

Over the past few days, members of The Division 2 community have noticed a series of small owl statues hidden around Roosevelt Island that players can interact with (although they’ll only show up once you’ve played through the area on invaded mode). You can find the locations of all of those owls courtesy of this imgur gallery, although you’ll need to interact with them in the correct order to unlock the next stage of the ARG.

Once you’ve done that, you’ll hear an owl hoot, and a trapdoor will open near the location of your first avian friend. Dropping through that hatch will take you into an underground bunker lit by red lights, and in that bunker you’ll find an enormous owl statue.

Saluting that statue (I know it sounds weird, but stay with me) will play an audio clip. That clip reads “the gears are turning, the plans in motion. We will have to scatter to avoid detection. This may be the last meeting of the Morovian Society. We will seal this site until another who knows the ritual can re-open it.” 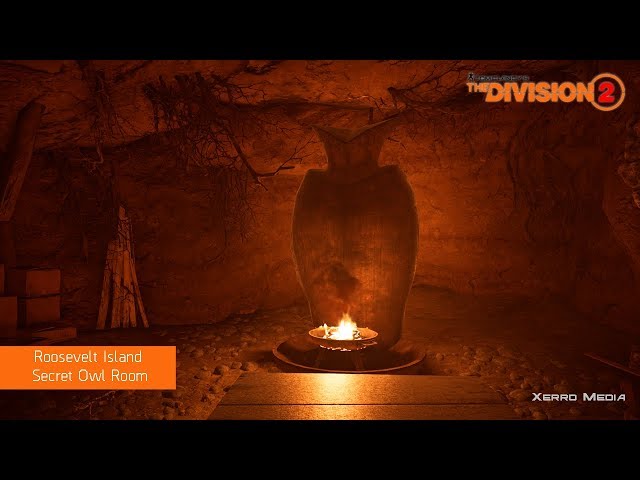 For now, that’s where the trail runs dry, but that’s not stopping players from trying to work out the next steps. A few clues have lead them back to the Potomac centre, but things seem to have stalled once again (but you can weigh in with any new information on Reddit).

Related: The Division 2 gets test servers later this month

As for what any of this might mean, it’s anyone’s guess. The Moravian Society is a branch of the Protestant Church, and Moravia is a region of the Czech Republic, but the word here is clearly Morovian, and I’d be surprised if a bunch of Christians from eastern Europe were about to start wreaking havoc in post-apocalyptic Washington D.C.

Interestingly, however, I’ve been informed that Roosevelt was a member of a private club called the Bohemian Club. Bohemia is another region of the Czech Republic (brought to recent fame by Kingdom Come: Deliverance), and the club’s symbol was an owl. None of that tells us anything about this ARG, of course, but it’s an interesting bit of trivia nonetheless.