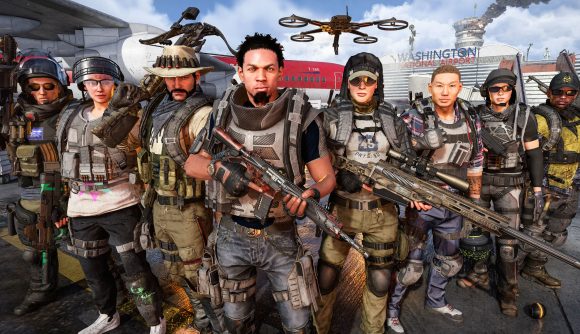 When The Division 2‘s latest PTS server went live, dataminers went to work to scan for hints about upcoming content and found loads of details, including big spoilers for the next few seasons of the story. But there’s also a hint that something like the Underground mode from the original Division is set to make a comeback, and Ubisoft has confirmed that you should expect an update along those lines – just not exactly like Underground.

Audio files dug up by definitelyanalt16 on Reddit (via Kotaku) point toward a ‘Skyscraper’ mode where players will advance through progressively more difficult floors full of enemies. Every tenth level will be a ‘safe floor’ that serves as a checkpoint for you to take a break, explore other content, and return when you want to.

“One of the current ideas is to add a PVE mode that is meant to scratch the replayability itch,” Ubisoft community developer Chris Gansler says in response to the datamine. “This is still in the early stages of development and is not set for release soon. In addition, while we understand the comparisons that are being made to Underground, we want to clarify that we don’t intend to simply copy game modes from the first game, and that this new mode will not be ‘Underground 2.0’ and will have a unique and new take on the topic.”

The full post includes a lot of story spoilers, and Gansler adds that while all the upcoming content is still subject to change, the latest PTS did include “a lot more than we would have liked”.

Check out The Division 2 update 10 patch notes for further details on what you were actually supposed to see in the update.