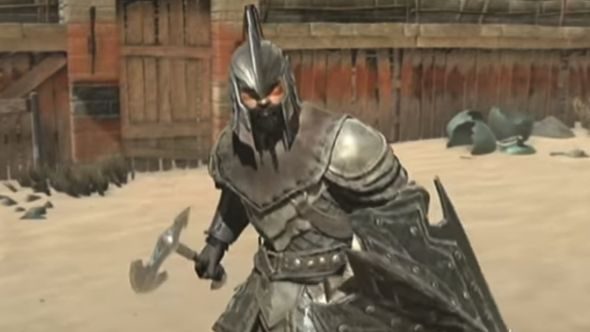 The Elder Scrolls: Blades will come to PC at some point in the future. Bethesda’s new title – which looks a lot like Skyrim meets Fruit Ninja – will initially launch for mobile, but executive producer Todd Howard says Bethesda is keen to move the game to as many platforms as it possibly can.

If you didn’t catch the reveal last night, Blades is a first-person RPG adventure with three modes – a story mode called town, a roguelike mode called Abyss, and a PvP mode, Arena. You’ll progress through the game in various ways depending on those modes, using touch controls (on mobile, at least) in combat, with a system that mirrors the direction and timing of your swipes.

It looks like undead Draugr will be turning up in Blades, so check out our list of the best zombie games.

During the conference, Todd Howard said that “we are going to bring Blades to every device and system we can. Phone, PCs, consoles.” There’ll also be support for virtual reality, both on mobile and “all the way up” to high-end PCs.

On top of that, you’ll also be able to play all of those versions together as “all of those [platforms] connect to each other.” Check out the game’s full reveal below:

Blades will release this autumn, and will be available for free, with pre-order available now and early access also available.