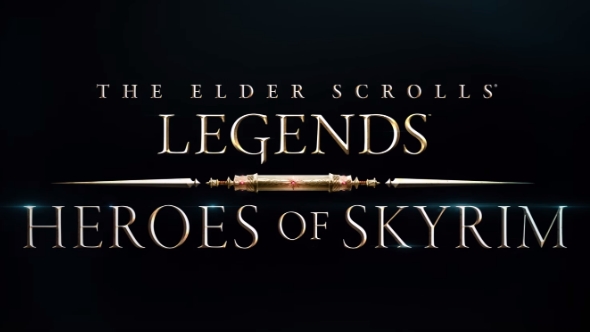 Bethesda may have added Morrowind to Elder Scrolls Online this month, but they’re also gonna be adding the other firm favourite Tamriel region to their other TES game. Yup, Skyrim is coming to Elder Scroll Legends, and you’ve only got a matter of days to wait.

Like your decks digital? Then you need the best card games on PC.

The Heroes of Skyrim expansion adds brand new cards themed around Tamriel’s wintry northern regions. Expect dragons, draugr, and Dovahkiin to be found among the new deck, and the above trailer also suggests werewolves too. It’s the game’s first big expansion, and you’ll be able to start throwing down the new cards from later this month – Heroes of Skyrim releases June 29.

Not content with bringing Skyrim to the game, Bethesda are also adding new story content themed around the legendary Dark Brotherhood. There’s also a new mode called Chaos Arena on the way, as well as in-game support for tournaments.