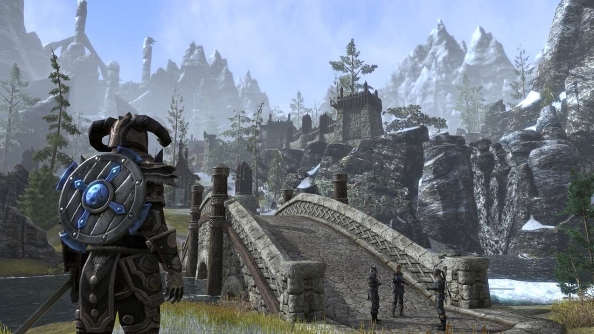 Bethesda revealed some new advances for The Elder Scrolls Online at their E3 showcase, but game director Matt Firor has confirmed that more DLC packs will arrive for the MMO beyond what was shown on stage.

Talking to IGN, Firor explained that an Argonian Dungeon Pack and a barber shop that will allow players to customise their characters will arrive in August. Beyond that, the first quarter of 2017 will see the release of a much requested feature: player housing.

They’re part of a new plan to release multiple DLC packs that work like ‘episodes’, which would suit players who dive in and out of the MMO intermittently.

“”It’s interesting to see what happens when you take away the subscription model away,” Firor told IGN. “You don’t see a hardcore playstyle – like playing for six months and then quitting – we don’t see that. We have a lot of players who will play for two or three weeks because they want to get through a zone and then stop. Then they come back two months later for another month, because there’s no pressure to play all of it at once.

“Our DLC packs cater to that, because they’re smaller, bite-size chunks of story and associated quests.”

Is this the way you’d like to see Elder Scrolls Online work, or do you favour the bigger expansion-style system that has powered World of Warcraft for so many years?