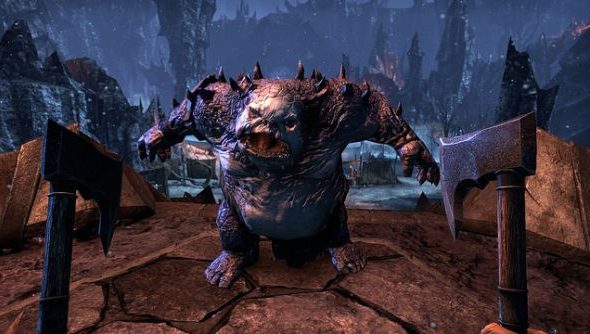 Tamriel is a bit quiet inside of The Elder Scrolls Online today, because the servers are down and no one is playing right now. Patch 1.5.2 has just landed, and it’s a big one. Weighing in at over 13GBs, it promises a slew of features such as new veteran dungeons, NPC facial animations, repeatable writs and crafting updates.

If you’re an active player, I would advise starting the download now while you get stuck into the mammoth patch notes below.

Dubbed as the fifth major content update, patch 1.5.2 is chock full of stuff. The new veteran take on the City of Ash dungeon is available for those at end-game; you’ll find yourself venturing into the Deadlands inside the realm of Mehrune Dagon himself. Dungeons now also have the option to scale to the party leaders level, and you can even solo some of them.

One of the biggest additions is that of the new lip-sync technology to NPCs. Zenimax tout to have processed over 100,000 lines of dialogue, which is pretty impressive. The new system should allow for more convincing conversations with NPC characters, and fix that thousand-yard vacant stare that is so popular in Elder Scrolls games. Only caveat is that some monsters haven’t received this update yet, and that Windows XP and OSX users will have to wait a bit longer until they can enjoy it too.

Other smaller updates include new Dwemer crafting styles, veteran rank improvements and even the introduction of chat bubbles. You’ll probably have a bit of spare time while the servers are down and the patch is downloading, so why not read the gigantic patch notes and see what tickles your fancy.