Skyrim is a very pretty game, and despite its 2011 release date, that’s a statement that still holds if you’ve modded it. So sometimes it’s nice to just sit back and enjoy the scenery – maybe you’re eating lunch and fancy a break, maybe you’re a content creator who wants to record some gameplay, or maybe you’re a screenshot artist (screenarcher).

If so, there’s now a mod for you. Courtesy of modder PhysicsFish, SkyTrek allows automated horse riding, dragon riding, and walking, to set, custom, or “radiant” destinations, all at variable speeds. There is automated combat and NPC following, and even an idle game mode in which your character will behave as an NPC, following a schedule and acting in a natural way while you do something else.

SkyTrek can do plenty more, so head over to the mod page for more details, as well as installation and compatibility tips. Here’s SkyTrek for Oldrim, and for Skyrim: Special Edition.

In case you’re not quite sold on the idea, here’s a video of an automated horse ride in action, paired with the Audiobooks of Skyrim mod by Bassna. It helped make the appeal a little clearer to me: 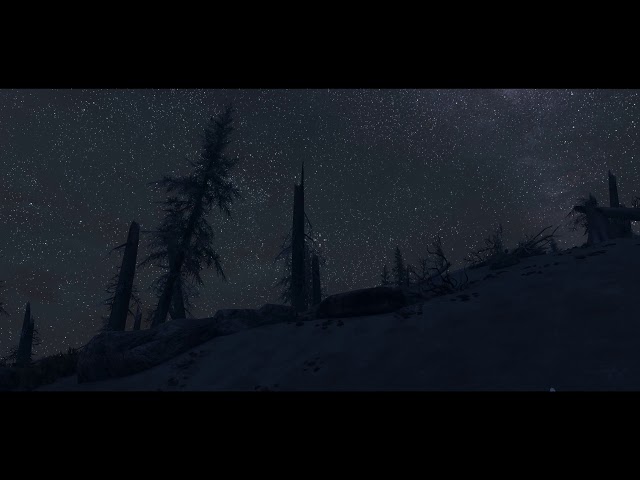 It looks like a thoroughly relaxing way to soak up the game’s atmosphere – still the best thing about it, in my opinion – while actually digging in to all those hundreds of lore books that you never read. A thing to do with a glass of whisky one evening, perhaps.

Inspired? For further tinkering, check out the 100 best Skyrim mods

SkyTrek has been well-received both on Nexus and on Reddit, where users are comparing it (favourably) to Nirn Lonely Travel. Skyrim on autopilot is not a new idea, but it’s very difficult to achieve from a technical perspective. PhysicsFish says they are “already planning improvements.”