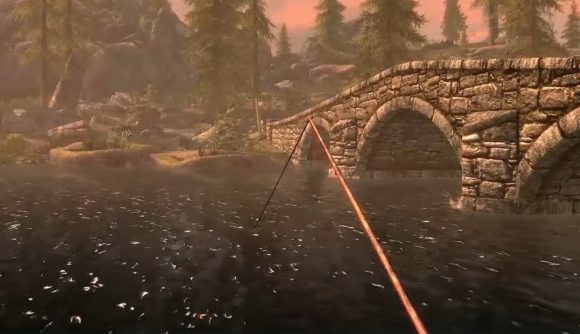 This November will mark the tenth anniversary since Skyrim‘s original release, and after about a billion ports and upgrades to the game over the years, you probably know where this is going. Skyrim: Anniversary Edition is set to launch later this year, alongside a free update for the game. That free update will upgrade the console editions for the next generation, but more importantly, it adds a new feature for all platforms, including PC: fishing.

Yes, there will soon be an official fishing minigame in Skyrim. The feature was demonstrated during today’s QuakeCon stream. You’ll apparently walk up to a set of fishing supplies near a body of water, hit a button, and then be entered into the fishing minigame. The details of the mechanics aren’t quite clear, but we do see a player catch a “pogfish” – and I’m not sure if I love it or hate it.

“You don’t have to dive in the water and click blindly anymore,” managing director Ashley Cheng explains. “You can now grab a fishing pole, do some fishing quests. It’s a great addition to the game. It’ll be free to everyone.”

Skyrim: Anniversary Edition launches on November 11, 2021, and it includes the existing Special Edition plus “tons of creations and items”. This free update will launch alongside the updated new release. 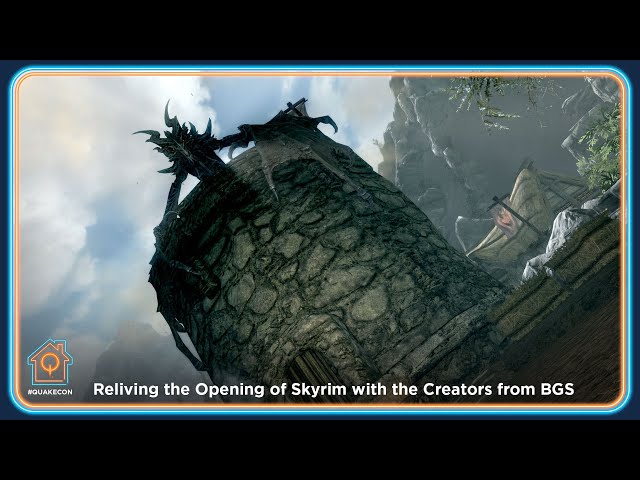 If you need some Skyrim mods to fill your time, you can follow that link.