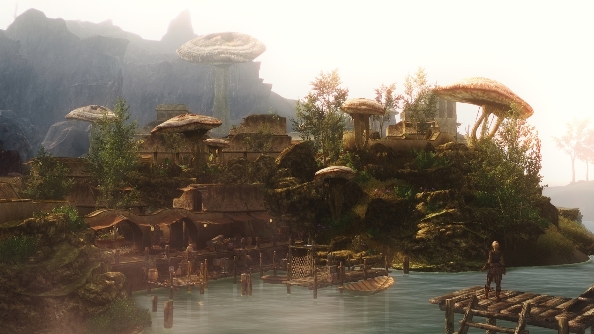 Remember when we all thought Black Mesa Source was the most ambitious mod project? Well Skywind beats it by several miles. If you’re a fan of the Elder Scrolls you’ve no doubt been following the project to recreate Morrowind in the Skyrim engine with eager eyes.

The team have just produced a new trailer to show the progress they’ve made lately, and as ever it’s looking exceptional.

Like your Elder Scrolls changes in every form under the sun? Check out the 100 best Skyrim mods.

The June update trailer focuses entirely on the graphical achievements of the mod. According to the video description “Music, voice acting, sound effects, quest implementation, bug fixes, etc. couldn’t be shown properly in this video, but are being developed alongside the visual progress.”

The music in the trailer is also subject to change, so keep your eyes on the beautiful environments and your ears shut. Man, those are some nice giant mushrooms, right?

As ever with these huge mods, the release date for Skywind is ‘when it’s finished’. And considering the scope, we can’t really be grumpy about that. If you’re a dab hand at the old modding business and want to get involved, or just want a closer look, check out the TESRenewal website.