These days, there’s a lot of conversation surrounding the idea of ‘self-care’ and looking after yourself. More and more people are openly talking about the state of their mental health and, naturally, the conversation has turned to the small ways you can improve your days, weeks, or lives generally.

2019 has been a shaky year for me in many instances, and there were a few activities I would do to feel okay. Painting my nails, doing a face mask, and buying and then consuming chicken nuggets to name just three. But more than anything else, playing a game or two really helped to put my mind at ease, and clear my head.

See, I think that there’s a strange simplicity when it comes to games. In front of you is an story or experience, and you know there’s a way to get from beginning to end. To achieve something, whether that be a moving through a tale or building something in a creative project, is possible. It’s a little safe place of (mostly) guaranteed success and when you’re down or need some time by yourself, a medium giving you a little sense of achievement can make all the difference. Moreover, to win other games, you’ve got to do a little self-reflection. Here are some lessons I’ve learnt from using games as a self-care method. 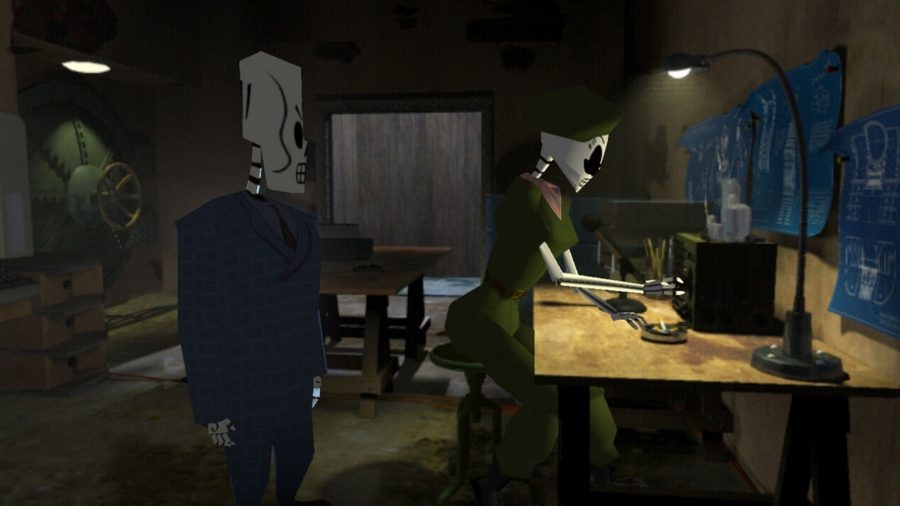 I tried playing Grim Fandango more than once in my life. For years, I started it, got bored or frustrated, and stopped a couple of hours in. But at the beginning of this year, when confined to my dimly lit, glum, and cold university room somewhere in the dimly lit, glum, and cold Midlands, I revisited the game one last time. During that time, there wasn’t much I could do to feel physically able, so I turned to Manny Calavera for help. He did all the leg work, I did all the thinking. And when jumps of logic were too big, as they often are in point-and-click games, I could turn to Google to find the answer. I mean, come on, the game has been out for 20 years. If anyone is allowed to cheat it’s a sad girl stuck in her room two decades later, right?

Grim Fandango offered me a story with some genuinely comical moments and clever writing, and, more importantly, showed itself as a flawed game. Actionable objects are sometimes almost completely out of site, logic doesn’t always make sense, audio effects can be particularly grating – but all of this made me feel that little better. If this game, considered a masterpiece and an essential experience by many can have its problems, then my one bad day isn’t such a big deal, is it? 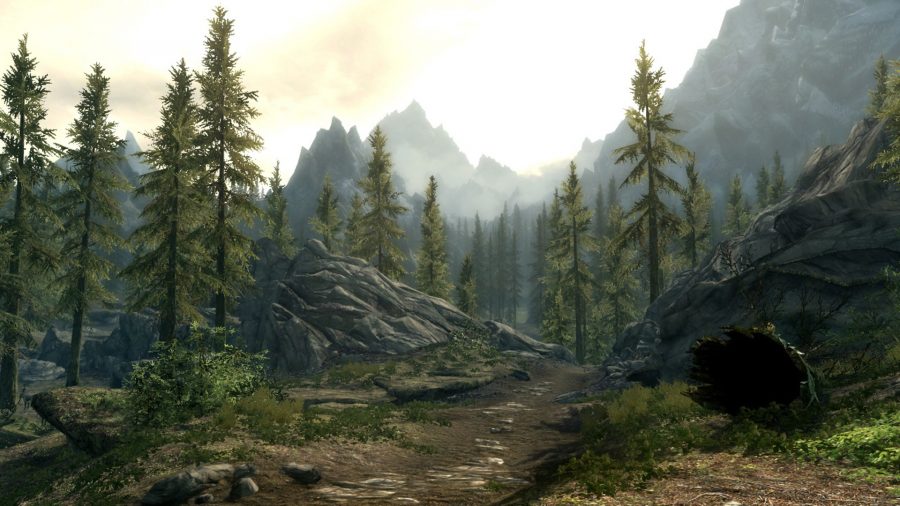 I can’t tell you how many hours I spent in Skyrim, I genuinely have no idea how much of my time has been sunk into Tamriel. I remember the game with such heartfelt fondness it’s impossible to express. The first time I walked into the halls of Winterfell, for example, or meeting Lydia, seeing my first dragon, and waking up in a cabin in trouble with the dark brotherhood (#justgirlythings).

I spent a lot of time in Skyrim walking. Just walking. Finding new things, choosing not to fast travel, milling about – I could play a three-hour session and achieve nothing. Sometimes I’d just pick a small area of the map that I suspected might contain a landmark, stroll there and search for that little drumroll that plays as you find something new. Note that the ‘You found a Dungeon’ sound still scares the crap out of me.

Spending that time, just by myself in the most atmospheric outdoors I’ve ever found in a game, is some of the best ‘alone time’ I’ve ever found. And sometimes, having the platform, and the excuse of ‘oh, I’m playing a game’ meant I could do diddly-squat – and that’s okay. I didn’t have to be busy, I could just rest. Skyrim helped me realise that. 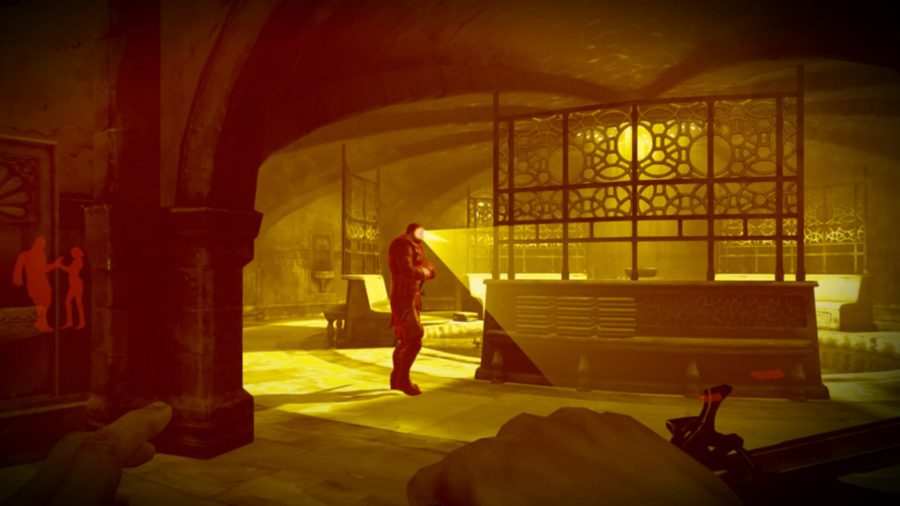 There are two self-care lessons Dishonored taught me, but first, let me admit something. I don’t like Dishonored. Hush, hush your booing. I can’t tell you why, because there isn’t a particular reason, it just isn’t the game for me. Where others found pleasure, I found a profound dislike of feeling cornered, terrified, and mate: Corvo needs to get a grip. I just really dislike the title, okay?

However, I can absolutely see that it’s a fabulous game. I can see its beauty, I can see how it incentivises you to not kill everyone in sight but still gives you the option to do so. For me, Dishonored became the game I could admit to hating but could see why others would like. A lesson to carry through life: although you may not like something, not liking it doesn’t make it bad. It just makes it not for you.

The second lesson from Dishonored was that you don’t have to force yourself to finish something or carry something through just because you spent money on it. That money is already gone – you shouldn’t have to spend your breath on it too. Go return the item if you can, but you don’t have to feel guilty for not enjoying the product. It makes life a lot less stressful eliminating that guilt. 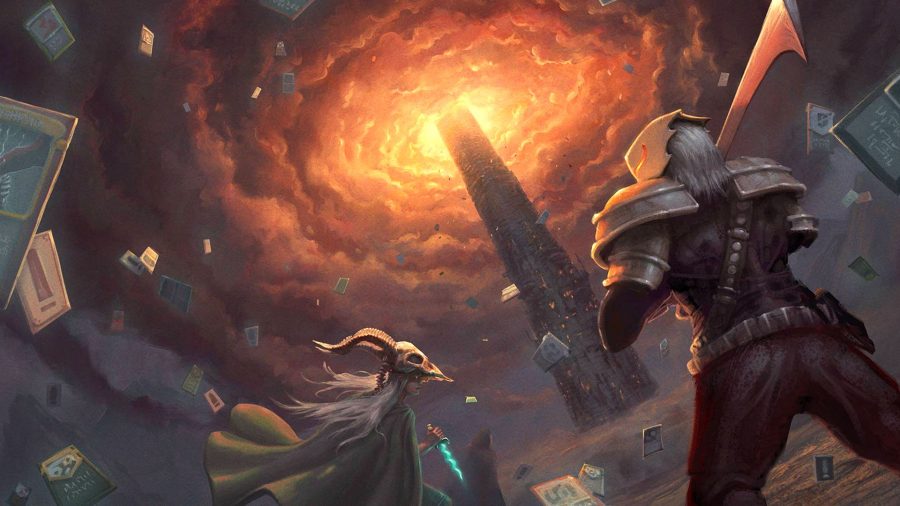 Letting good things go. Slay the Spire is a card game wherein you are given the task of slaying said spire, or the thing at the top of it at least. You have a deck of cards you cycle through and once through that deck they are reshuffled and put back for you to draw from.

As you progress further and further up the spire you have the ability to add more cards to your deck. On your first runs, you’ll lose, and lose, and lose, and wonder why. You’re collecting a lot of good cards, a lot of promising value, but you realise you aren’t drawing the good cards, you’re drawing the cards that were good previously. Cards that you should let go. Just because this thing was good for you at one point, doesn’t mean it continues to be in the present. Ultimately as you add in new good cards, it’s time to let the old ones go.

This goes for life too. There are many good things that you have to sacrifice to carry on. This could be a person or a routine, a habit or a job. Reevaluating what makes sense for you right now is what matters, not feeling like you should keep something because it got you this far. Of course, there is a lot of good stuff that you can and should carry through, but checking and having a proper think about what’s best for you is a really important lesson to learn.

And don’t get me wrong, there’s also a time for mindless killing (please don’t quote me on that). I play Overwatch every day, despite it raising my blood pressure, destroying my soul, and being responsible for me receiving waves of hate from strangers online who’ve taken a disliking to Widow. Games are great for shooty-shooty things, sure, but sometimes you don’t need shooty-shooty. You need thinky-thinky. Elegantly put if I do say so myself.