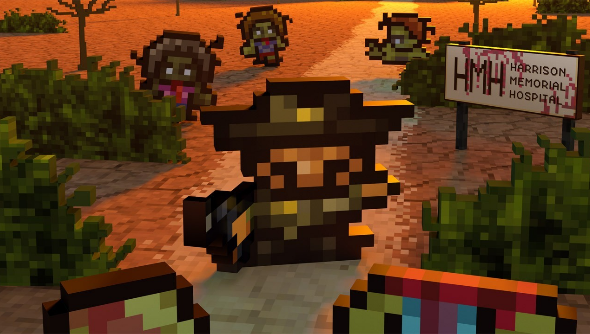 In a mashup that no one ever saw coming, Worms developer Team 17 is blending its prison break game The Escapists with The Walking Dead comics. Replacing orange jumpsuited inmates with a rag-tag group of survivors, and swapping out prison guards for zombies, The Escapists The Walking Dead will see players control Rick Grimes through various comic-inspired scenarios.

Team 17 announced the game to IGN, and you can see their first report in the video above. The game is a collaboration with author Robert Kirkman’s Skybound Entertainment, and will follow the plot of the comic books. Starting with Rick waking up in hospital to a world infested by zombies, he’ll need to survive the hordes and find the comic’s other characters to band together with. With the timeline being adhered to, presumably we’ll see Rick progress onto the prison, and then onto Woodbury.

The Escapists The Walking Dead will release later this summer.