There is a single, horrible enemy that chases you throughout The Evil Within 2. She is a buzzsaw-wielding tangle of limbs that looks like the apparition from The Ring after a course of anabolic steroids. Out of all of the game’s vile images, it is this one that best represents the whole experience.

In Union – a quintessential American town created by a virtual reality hivemind experiment – bodies litter the street. Zombified residents attack anyone who is not rotten, scoop out their entrails, rip them into chunks, and pile them in the road. At first, you wonder what these mounds of flesh are for, but then you have a realisation – these are birthing pods for that thing. 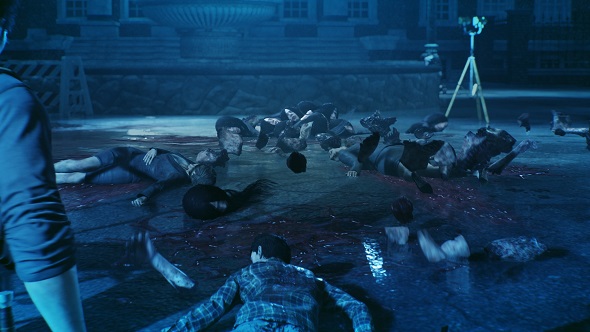 I like to call her Gertrude – it makes her a bit less pant-wettingly terrifying when she is searching for me, laughing maniacally as she goes. She is formed from the chunks lying in the streets. When she appears, all the body parts skid along the floor like they are magnetised, squelching together to form a writhing, grotesque organism with multiple heads. Somehow, those heads are always a young Japanese woman’s, but I am going to allow a little creative license here – both to the developers and to myself. You see, Gertie, it turns out, is the perfect metaphor for how The Evil Within 2 is pieced together.

It is a mass of limbs, disparate components from other games stapled together into a squirming organism. Here we have the Greatest Hits album of the survival horror genre, taking inspiration from various influences but still managing to feel like its own thing. It is packed full of visually-arresting scenes, exciting action, and knife-edge tension. After playing the latest wave of first-person horror games – Alien: Isolation, Resident Evil 7, Outlast 2, etc – The Evil Within 2’s third-person action is not particularly scary, but it has its moments, and it does schlocky gore horror better than most. 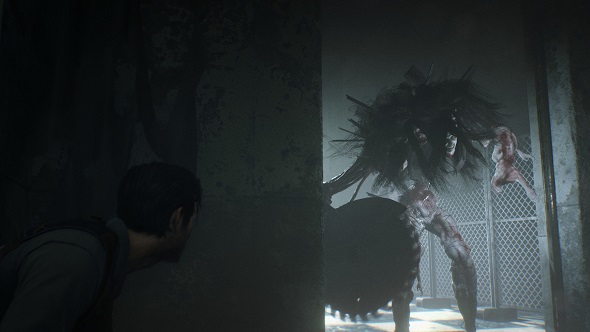 Overall, it feels like Resident Evil 4 in a post-The Last of Us world. Creeping around Union, climbing onto the roofs of vehicles, taking out enemies with stealth, and scavenging for supplies, it is hard to not be reminded of Naughty Dog’s post-apocalyptic PlayStation exclusive. Crafting ammo and supplies on-the-fly, knifing a zombie in the back, or using a disposable axe – essentially a TLoU shiv – in a desperate moment all gives off that vibe.

The setting of Union itself reminds me of the shift between Resident Evil and its sequel, Resident Evil 2. It is slightly more action focused than the first game, and the open nature of the city gives a different feel to the tight confines of The Evil Within’s Beacon Hospital, just like how Resi’s mansion compares to Raccoon City. Here, however, Union is presented as a semi open-world urban space. You explore little hubs, and are free to go off the beaten, bloodied track to scavenge for supplies. The Evil Within 2 pulls some clever tricks in its optional buildings, hiding creepy set-pieces away from the main story, both as rewards and punishments for the curious explorer. 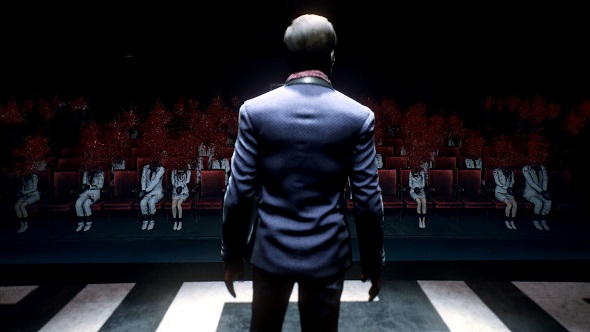 Story missions take you to more familiar territory: through haunted woods, swampy hellscapes, medieval dungeons, and even high-tech laboratories. There is even a section where you are defending a cabin from advancing zombies, keeping them at bay as they tumble through the windows, just like Resident Evil 4’s famous sequence. At certain points, you are accompanied by an AI character, similar to Resident Evil 5’s single-player faux-op, though they do not outstay their welcome.

Other sections remind me of Clock Tower, the survival horror game that spawned the unkillable, ever-stalking threat in the genre. You see, there is a ghost in The Evil Within 2 that hunts you, phasing through walls as it eerily hums Clare de Lune. If it touches you, you die. You can not hurt it. Now that is terrifying. The pace is constantly shifting – with linear set-pieces, open-world scavenging, all-out action, and tight-knit scares adding variety – and it hits all of the expected survival horror notes. 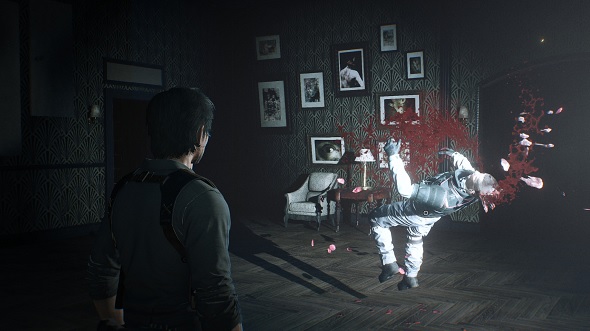 The Evil Within 2 is derivative, sure, but not in a way that is detrimental to the experience. A lot of modern games take components of other games, stitching them together into a heaving mass. This horror game sequel is not any different in that way, but each lopped off limb is carefully selected here, placed into a pile, each discarded body part somehow snapping together into something monstrous.

It is not perfect, of course – no iteration of Frankenstein’s monster ever is – the dialogue and acting give it a jarring B-movie vibe, albeit one that some people will no doubt love. But it is the moment-to-moment play that keeps you engaged, the constantly shifting scenarios, its visual inventiveness, the gooiness of its headshots, and the constant fight to put another bullet in your gun’s magazine before Gertie, that manifestation of the game’s magpie-esque reverence for survival horror, lops your head off.