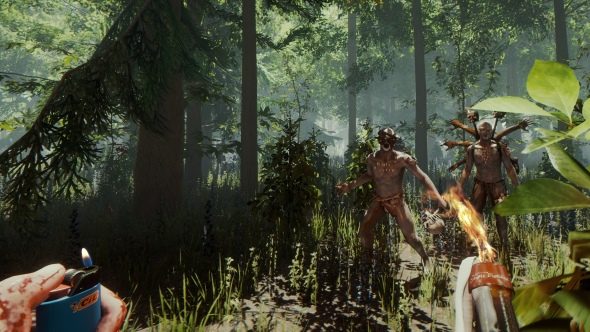 Despite years in Early Access, The Forest still stands out amidst the once mighty crop of survival sandbox games, it tasks you with searching for a missing child after a plane-crash and surviving against clans of cannibalistic mutants, all while trying not to starve or succumb to the elements.

It puts a solid dash of Survival Horror into the Survival subgenre, and it’s well worth a look. Especially today, as a major new polishing-and-refinement update has landed for the game, bringing it up to version 0.70.

Picking the survival game that’s right for you is tricky. While I’d recommend The Forest wholeheartedly if you don’t mind a little horror in your life, you’re spoilt for choice otherwise.

You can see the extensive full patch-notes for the new update here, but there aren’t too many dramatic additions. The game as it stands currently is largely content-complete, with a distinct beginning, middle and an end which really should not be spoiled. The final act is a hard curveball that not many players are prepared for when it happens.

The main focus of this update is polish and performance. New animations, improved LOD calculations so the game isn’t so much of a CPU hog, and some tweaks to the cannibal AI so that you won’t be swarmed quite so aggressively; new enemy groups attracted to a battle will lurk on the periphery to wait for a chance to attack, rather than joining a dogpile. It’s a noticeable push towards making it feel more like a finished game. 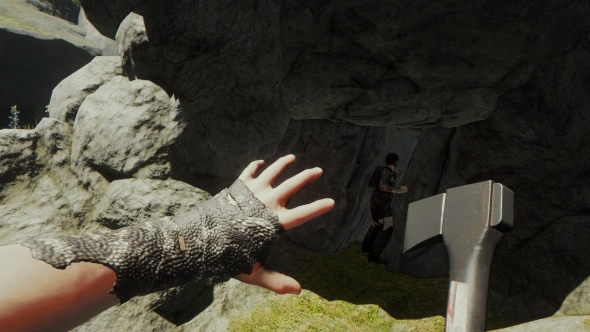 For players on Hard mode, things got a little bit more immersive. While hunger and thirst won’t hit you quite as hard as they used to, there’s going to be less to eat, with animal spawns reduced to a more realistic level, so hunters will need to keep a keen eye open for prey, as opposed to just wildly swinging around an axe and knowing that you’ll hit something edible eventually.

For those playing on gamepad, they’ve also significantly improved controller gameplay, with major UI revisions on just about every level, as well as rumble support for those with compatible XInput devices. Given the lack of precise aiming required in the game, the analogue movement suits it well, too.

You can pick up The Forest on Steam (it’s still in Early Access) for £11/$15, although with the big autumn sale set to begin in just a few days… Well, you might want to just hold off a little longer.