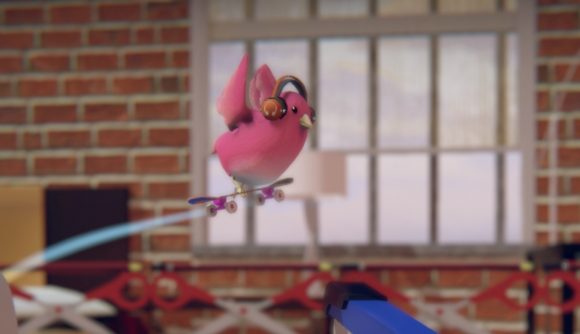 The Game Awards – besides that whole ‘honouring the best games of the year’ thing – hosts a whole bunch of announcements and trailers for upcoming. What it doesn’t typically have is an opportunity to play those upcoming games, but that’s about to change. In partnership with Steam, the awards will host a selection of indie demos on the platform, but only for a limited time.

The Game Festival will go live on Thursday, October 12 at 10:00 PST / 13:00 EST / 18:00 GMT with “more than a dozen first-look game demos.” The first round of confirmed titles – see the full list below – includes the System Shock remake, the adorable SkateBird, the ‘reverse horror’ title Carrion, and the lovely Haven – an RPG I had the fortune to see at PAX this year and one you should definitely have an eye on.

“Let’s face it: Not everyone can attend a physical trade show or consumer event,” Geoff Keighley says in a press release. “The Game Festival is designed from the ground-up as an event without barriers, extending the benefits of a physical event to the global gaming community that watches The Game Awards.”

You can see the full list of 13 confirmed game demos below. The press release describes these as just “some” of the available demos.

You’ll also be able to watch The Game Awards in 4K via Steam, which will give you the chance to win a Valve Index VR headset and some free games.

Stay tuned for plenty more on The Game Awards announcements – there’s sure to be plenty as the show goes live Thursday evening.