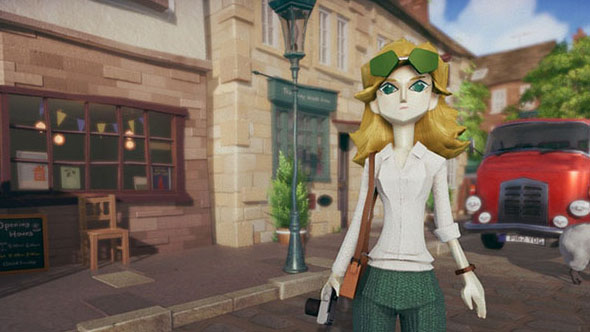 The Good Life is the new game from Deadly Premonition and D4 creator Swery65. It’s currently seeking funds on Kickstarter, and there’s now a playable demo for everyone to enjoy. Unfortunately, with only eight days left to go on the campaign, it looks like they might not make their funding goal – so the demo might be the only part of the game anyone gets to play.

Why not check out our list of the best adventure games you can play on PC?

A public demo for The Good Life was highly requested in a Twitter poll, and Swery notes in a campaign update, “we did our best to prepare this ASAP in order to grant everyone’s wishes. There are a bunch of bugs present in the build, but we hope you’ll enjoy this chance to visit the world of The Good Life much earlier than scheduled!!”.

While at first the demo was only playable with a gamepad, it has since been updated with keyboard controls as well. Swery posted the new control scheme on Twitter, although sadly it does not seem to include mouse support as of yet.

At time of writing, The Good Life has earned ¥36,836,000 of a ¥68,000,000 funding goal (roughly $337,000 of $622,000). That’s barely half of what they need, with just over a week left to go. A previous crowdfunding campaign on Fig ended in a similar way, although there the goal was twice as high and ended up 45% funded. The Kickstarter still has a chance, but if they don’t succeed then the future of The Good Life is uncertain – and this demo might be all we ever get to play.