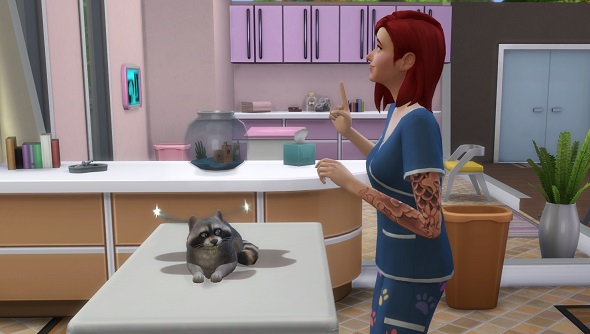 My time spent with The Sims 4 Cats & Dogs is a sobering one. Whilst playing, I find out quite quickly that raising well-adjusted and obedient animals as well as operating an animal hospital, all while trying to claw my way up the ranks of social media nobility, is no easy task. My attempts to live an ordinary life quickly descend into me enacting deeds of borderline-sadism upon my sim. At least nobody dies in this playthrough.

Remember the time we launched Mulder and Scully at the moon in The Sims 4?

As someone with little impulse control and an affection for critters, the huge range you have to select from in Create-A-Pet is near anxiety inducing. My intention was a simple life for my sim; a cosy cabin somewhere reclusive, a loving doggie-shaped companion, and a living made from painting mediocre landscapes on the porch. 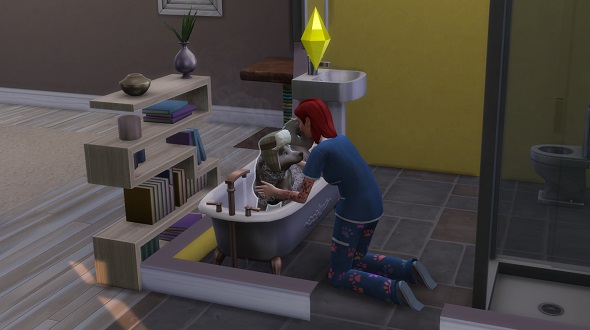 By the time I was ready to begin my game, however, a different story was being written. Much like real life, one pet was not enough, and all I wanted to do was hold every dog this game had to offer. I could not help myself. If my sim had any semblance of autonomy she would have been pleading at me to stop by the time she was surrounded by four distinctive animals. Imagining her stress, I applied what little self-restraint I have and set out to raise a family of upstanding members of society.

Naturally, the idea of a quiet life went to hell in a handbasket very quickly, as all of my pets developed personalities that ranged from quirky to this animal has been sent from the depths of hell to make my life miserable. Jinx, my zombie-fied Bengal cat, became a true diva, developing a curious appetite that could only be satisfied by mac & cheese. She would also only navigate the house if it was accessible via sitting on the roomba. Meanwhile Captain, my affectionate yet dumb-as-bricks Alaskan Malamute, never quite mastered the art of going to the bathroom outside, causing my sim to burst into tears every morning at the sight of her wee-stained household. Who would have known that raising animals would be so difficult? 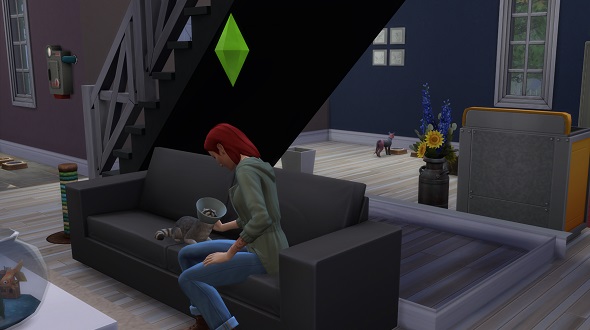 As the days went by, my sim’s mood plummeted and generally stayed in the range of miserable. An intervention became necessary. The only pet I had managed to bond with in my short time playing had been my racoon, aptly named Trashbag, who was created more on a humourous whim than an actual desire to own a bin-diving procyonidae. Despite developing a fondness for running away from home regularly, prompting my sim to burst into yet more crying fits, Trashbag was the closest I had come to having a legitimate companion, and – while present, at least – was also the easiest way of pulling my sim out of her sinking depression.

In between bouts of being a runaway, Trashbag had also developed quite a social media following on Simstagram, the in-universe social media app. In a moment of recklessness, I quit my job (turns out painting is not a legitimate source of income when you have to look after a small zoo), hired a maid, and decided to devote myself to building Trashbag’s loyal social media following. I was going to make this little raccoon a star. 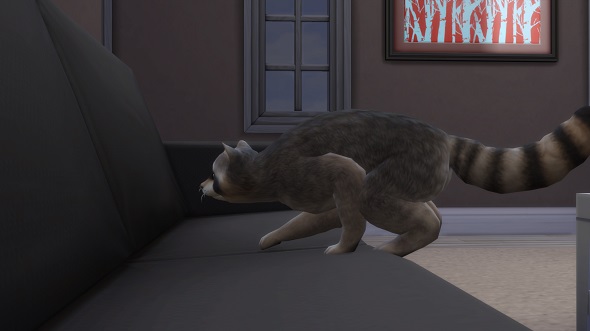 As if I hadn’t bought enough chaos into my sim’s life, I also invested in a veterinary practice, one of the new businesses introduced in the expansion. Despite having zero real-life or in-game animal care knowledge, I convinced myself this was a sound decision, and set off to heal whatever sick critters came my way, like an incredibly naive Marie Curie.

My first shift gots off to a bizarre start. I watched one of my employees take away a dog that appeared to have been frozen solid, leaving me to deal with an equally odd pupper whose feet were glowing in a suspiciously radioactive manner. My instincts and lack of medical certificate told me to locate the nearest fallout shelter, but after meticulously examining the poor canine, my sim concluded that a quick fix of a cone of shame and an injection is all the dog needed to be back to its normal self. I closed up for the day with an overall score of one star out of five, presumably because it took me an entire shift to assist one customer, as my sim required frequent videogame breaks lest she become a tense, crying mess. 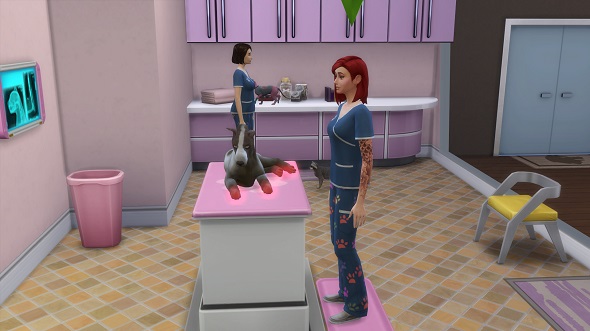 In the time between shifts at the clinic, I poured the last few ounces of my energy into Trashbag’s glistening social media stardom, dressing him up as everything from a sushi roll to a shark – and anything else that I know the internet loves from my extensive knowledge of animal Vines.

I then spent the rest of my time cleaning up after and bathing my somewhat neglected and untrained animals, whose hobbies now included rolling around in the trash and destroying my furniture. My sim is undoubtedly muttering something about man’s best friendthrough gritted teeth as she finally finishes disinfecting the house at 5am, leaving her with four hours to sleep, eat, and regain sanity before the clinic reopens. All in day’s work, eh? 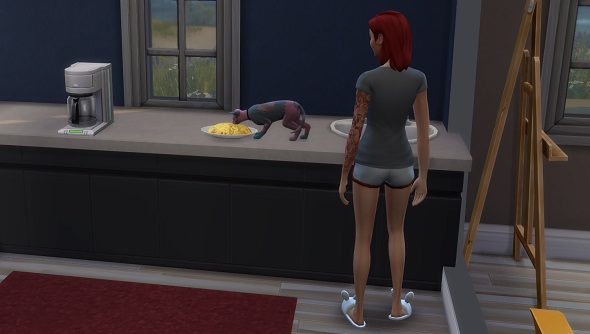 Playing The Sims 4 Cats & Dogs was nothing short of a charming experience. Although my sim would argue otherwise, my underestimation of how much time and attention these lovable critters would demand led to numerous hilarious situations, such as my sim becoming increasingly irate at my insistence that she walk four animals at once, or the one occasion where my dog greeted another at the clinic by weeing on it.

It is situations like those that showcase just how much character has been crafted into each animal. They are also reminders of what keeps you playing The Sims hours after you swore you would log off – this is a life simulator, and just like the real thing, it is full of ups and downs, but at least now you can cheer up your sim(and/or break her) with a new fluffy friend.