Content creators gather in the basement of Victoria House. It’s a winding yet cavernous event space that has, in the past, hosted Versace. The air is filled with European languages, and the overall effect is something like Simlish – the universally evocative non-language that soundtracks the game we’re all here to see.

Then comes the most universally understood sound of all: a chorus of awws. From a dark corner, event staff wheel in a dog crate containing four puppies. They’re to be delivered into the arms of streamers for an imminent broadcast about the upcoming The Sims 4 expansion, Get Famous.

Many of the people here at SimsCamp are YouTubers, each serving audiences of tens or hundreds of thousands of subscribers. In the makeup tutorial area, wide mirrors are lit by bare Hollywood bulbs. Angel wings hang from the ceiling; on standby for Instagram snaps. Beneath the marble staircase is a ball pit, next to a sign that warns: ‘No woohoo’.

The wi-fi password appears on every second surface, occasionally alongside the words ‘TAPE THAT’. Much like the drawn-back observation of a Sims game, this is a party primarily designed to be enjoyed from the outside, by viewers and followers. 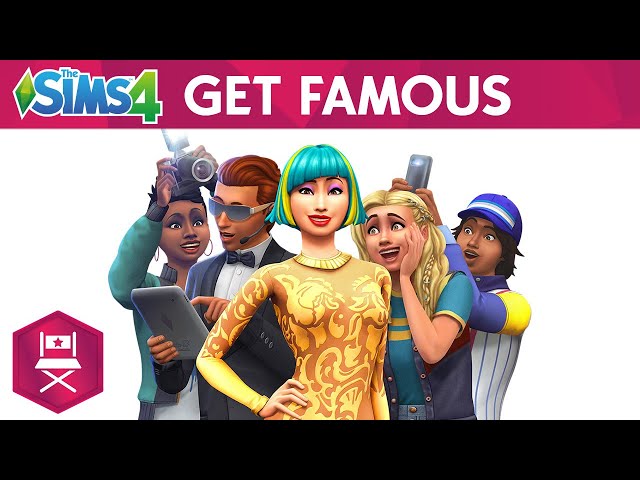 Get Famous exposes the hard work involved in building an audience

In its way, SimsCamp is a perfect showcase for Get Famous, which exposes the secondary graft involved in building and maintaining an audience. The perks of fame may streamline your life, doubling your paycheque overnight, flattering you with free massages or meals out, and allowing you to make friends with a white smile and a handshake. But accessing them involves a whole other kind of work – the hours put into befriending the already famous, or simply being seen.

“I don’t think it’s a big brain teaser to figure out how to gain fame, but there is some work that you’ve got to put into it,” lead producer Dave Miotke tells us. “Certain things might generate fame faster – there’s a lot of experimentation in terms of what’s going to earn you that celebrity status you’re looking for.”

Those perks are part of a new fame-tracking system in The Sims 4. Rather than tying the concept of fame to specific career paths, The Sims Studio has shrewdly recognised that public recognition is no longer solely the preserve of actors, athletes, and musicians. Instead, your Sim’s fame is a separate skill tree that feeds into every aspect of their life, as well as every part of the existing game.

“Probably the most important thing for us was that fame not be one-note,” Miotke says. “There were a ton of existing skills, careers, and interactions already in the game that you’d expect to get famous from – writing, painting, singing, being an astronaut. All of these things are real-world examples of gaining fame. We wanted to make sure that all of the content we’ve put out in the past hooked into this system.” 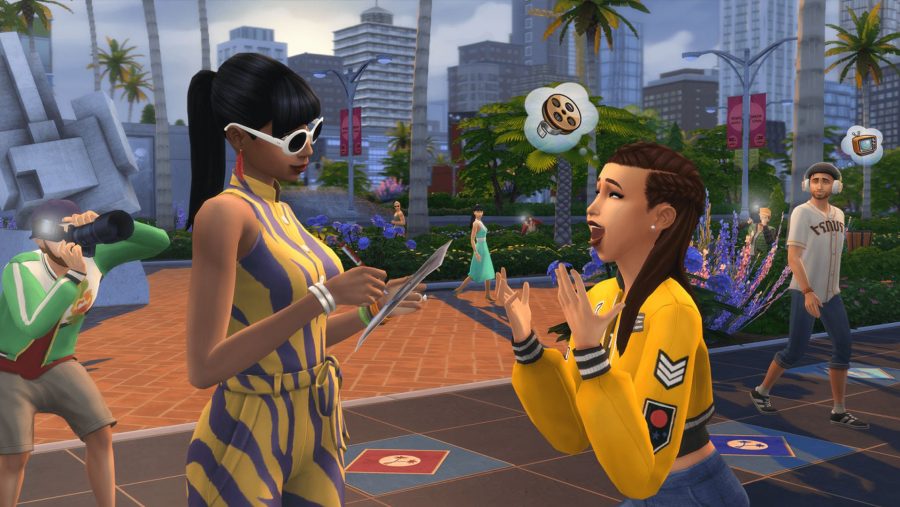 The flipside to perks are the quirks you pick up along the way. Perhaps your Sim regards themselves as a serious thespian, losing their sense of humour and gaining a proclivity for emotional outbursts. Maybe the constant push of the crowd has left them unable to stand physical intimacy, or food that doesn’t come from the best table of a fancy restaurant. Some quirks come from the outside: hate mail, a leaked phone number, or an obsessive Stan who shows up at your home. Mine did the dishes, and we’ve since developed an unspoken live-in arrangement. It seemed easier than confrontation.

In a series that traditionally relied on you going out to make ripples in the world, Get Famous stands out for bringing the chaos to you. Wherever you go – but especially in the LA-like environs of recording and movie studios – your public shows up too, pointing and hollering. Not far behind are the press. After a series of scuffles with the paps, my Sim cultivated a bad boy image – a choice supported in the skill tree by perks that see lousy behaviour boost your fame. Soon enough, I had my Sim persuading other celebrities to badmouth him in the gossip rags.

I also picked go-to dick moves from the radial catalogue of social interactions. When another celebrity of greater fame is hogging my limelight, for example, I walk over and offer to sign an autograph for them, watching the balance in power shift instantly. Or I simply pull out my money phone – a smart device encased in wads of cash – and observe as the cameras turn my way, enamoured by the ostentation.

“It was really important to us not to be the morality police,” Miotke says. “We want to give you tools, and we don’t want to shame you for how you use them. A low reputation is just as valid as a high reputation – it’s really a reflection of what the people around you are feeling.” 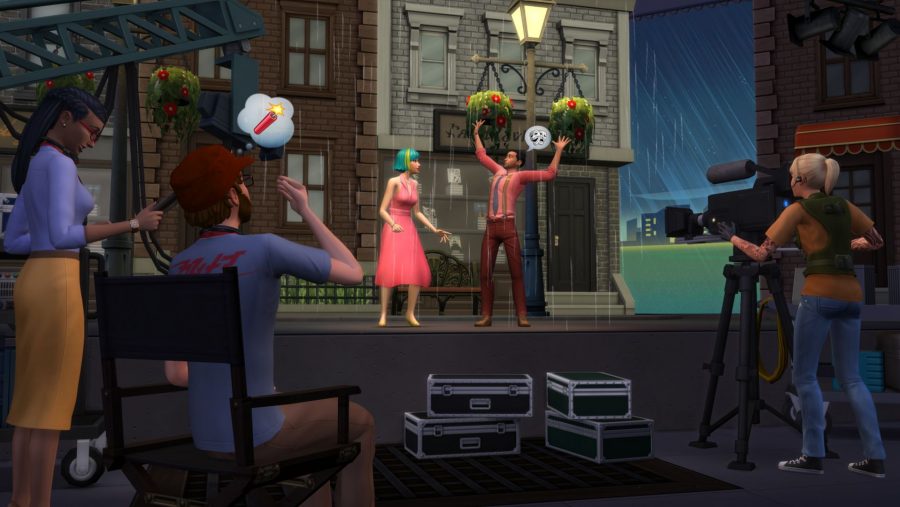 What kind of famous you become is, I suspect, most likely a reflection of you and the generation you belong to. While I gravitated towards a kind of badly behaved ‘90s Hollywood-style socialite, this systemic approach can just as easily support exactly the sort of fame being cultivated at SimsCamp.

“Five years ago, I don’t think anybody would have put streaming on a list of ways to get famous,” Miotke says. “We certainly wanted to cater towards some of those youthful expressions of fame. There is no mould that a celebrity fits in.

“If you look at a lot of modern celebrities, you’ll find the thing that they started doing to break into that celebrity status may not be the things that they’re doing now to keep it. The game itself doesn’t care where your fame came from. It cares that you’re famous.”

The puppy stream is ending now. In its closing seconds, a producer beckons to a French Bulldog named Winston. But rather than trotting photogenically off-screen, Winston tucks into a Surface Pro on the plush carpet, gnawing at the screen. He might be the only guest here who isn’t acutely aware of the cameras. Everyone else is hard at work, perfecting the art of visibly having fun.