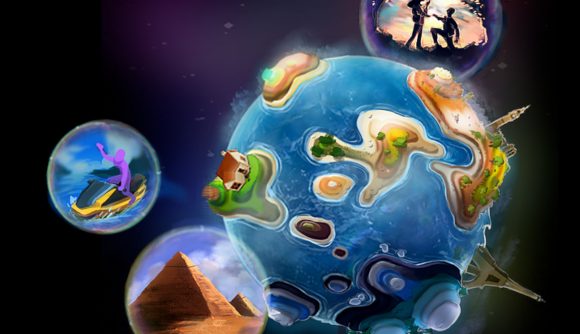 Legendary game designer Will Wright hasn’t been in the public eye much since the launch of Spore, but he is currently at work on a new project – one he apparently wants the community of Sims modders to help bring to life. Wright’s Gallium Studios has been soliciting folks at major Sims mod sites to enter a “private pre-launch community” for an upcoming game.

“Have you ever wished you could be immortal? I’m working on a strange new project where your memories become the gaming landscape,” Wright says in a message provided to both The Sims 4 Nexus and Mod The Sims. “We’re looking for enthusiastic content creators to help us bring this concept to life. We’re taking applications for a private pre-launch community where members will get the opportunity to go behind the scenes, collaborate with the dev team, and earn credit for their creations!”

An included survey asks about respondents’ use of various platforms to “create 3D content or audio for a game”. The options include professional options like Unity, Unreal, Maya, and Photoshop, as well as things like Roblox, Second Life, The Sims, and Spore.

This is all likely connected with Gallium’s Proxi, described as an “AI simulation game” which lets you interact with your own subconscious. The official site mentions a set of “Content Creator Tools” that will “empower artists and players the ability to integrate their own assets into the game” – which sounds very much like the sort of thing the survey above is alluding to.

Proxi was initially announced as a mobile game, but – here I cross my fingers – it’s been long enough since we’ve heard anything about the game that maybe plans have changed. (I can hope, anyway.) For now, there are plenty of simulation games to take a look at, even if the genre has been missing a certain something without Will Wright all these years.