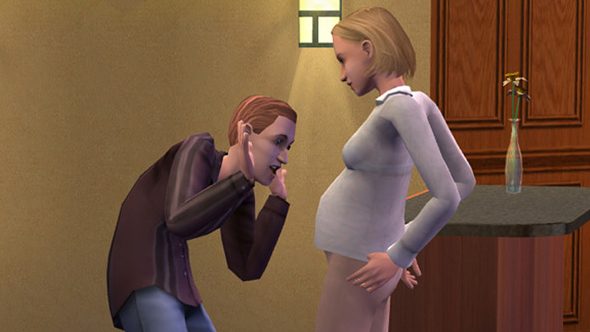 I have always thought I would be a good parent – upstanding and wise, like Atticus Finch. But those close to me disagree. The consensus is that I am too career focused, busy, and impatient to care for a real child right now. And as my spider-like offspring scrambles around the fridge, looking for leftover potato chips, while I am busy seducing the widow next door, I have to say – maybe they’re right.

If only raising a family was as easy as it is in The Sims. All you have to do with Sim children is feed them a sandwich every once in a while, wait for the schoolbus to pick them up, play with them every few days, and hire a nanny for when you are at work. Can’t afford a nanny? Pop in the motherlode cheat and you’re sitting pretty for the rest of your Sim’s life.

Unfortunately, the reality is that raising children is hell. If anyone knows this, it is the designers behind the original The Sims, who juggled their family life to bring us our virtual, Stepford one.

Roxy Wolosenko and Claire Curtin have been best friends for 18 years. They paint together, their daughters often hang out, and Curtin is the godmother to Wolosenko’s daughter. Their friendship was cemented by the time they worked side-by-side as lead designers on the original Sims game – you can blame them for the addition of social services.

Though they both look back on their time at Maxis with great fondness, it was not an easy ride for them as parents. Working on The Sims meant that the team of people that Wolosenko and Curtin were a part of had to enter into a polygamous relationship between their family and their work. The crippling crunch brought on by looming deadlines sucked up their time and, in some cases, their marriages.

“It’s very time-consuming and it’s very hard on families, there were a lot of divorces in Maxis EA,” Wolosenko tells me. “People get married to their work.” 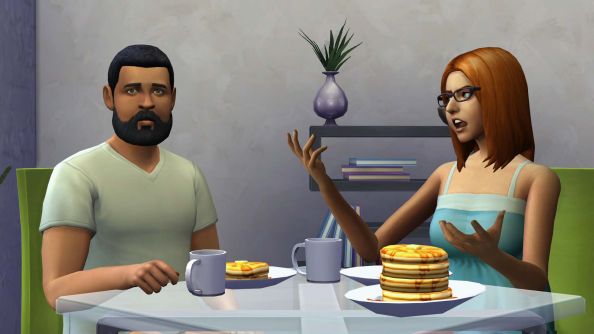 The team were always trying to release a game for the Christmas season – which meant trying to ship by October 1. The six months prior to that, the whole of summer, Wolosenko and her colleagues were stuck in the office, doing game testing, bug fixing, spending around 12 hours a day away from their families.

“Yeah it was hard,” Curtin says. “Luckily, I had a very supportive spouse and still do. Those long hours, and weekends forever, all that just became the way you worked, it wasn’t anything that seemed… I mean it was burdensome for sure, but it was kind of like that’s what the work was, and is what you did.”

The pair had their first children six months apart – likewise, their second children have an age difference of just ten days – with Wolosenko being the first woman at Maxis to become pregnant. This milestone meant the company had to scramble in order to create a maternity policy, and ultimately allow Curtin and Wolosenko to job-share – a practice which, up until that point, had never been done at Maxis.

“Laurie McAdams, who’s now the head of HR at Pixar, was a mom herself,” Curtin explains. “When we came back from maternity leave, we asked her if we could job-share.”

McAdams accepted the proposal, which meant that Curtin and Wolosenko would each work three days a week. “We’d overlap on one day and constantly informed each other on what was going on in the project,” Curtin continues. “So that when we would sit down in meetings, or with one of our colleagues, somebody would look at me and oftentimes call me Roxy, and same thing with her. Or people would call us Roxy-Claire instead of our individual names.”

The arrangement worked well, and the bosses at EA Maxis were happy with it, but balancing work and home-life was still a struggle. Wolosenko was raising a small child mostly by herself as her husband was often travelling, and all while the game’s shipping date was looming. This exhausting routine endured for the entire development of the first Sims game.

“I would take my son to daycare, and then I would work eight or nine hours, then I would go pick him up, bring him back to work, and they would bring in dinner so that nobody had to go, and then I had a little cot for him under my desk,” she tells me.

“He’d run around – it was really fun and he loved running around because everybody had Nerf Guns in there, y’know? And the candy machines were only 25 cents. So he thought it was pretty crazy, and he had good food to eat, and not too many vegetables – it was like kid heaven.”

Once her son had exhausted himself he would crawl under Wolosenko’s desk to sleep in his cot. Then, at 10 o’clock, when she couldn’t blink herself awake any longer, Wolosenko would carry her son to the car, and then drive home, getting ready to do it all the next day. “That was pretty gruelling,” she says. 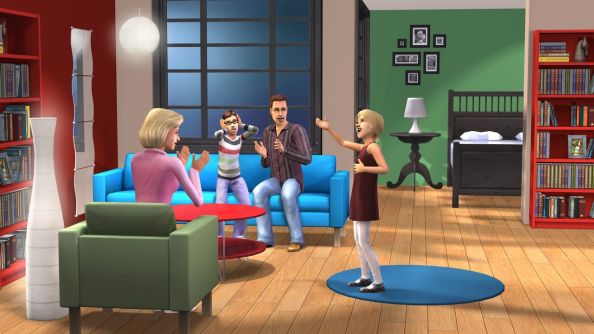 This hectic schedule, paired with EA’s takeover of the studio, ultimately resulted in Wolosenko’s departure from Maxis in 2002. Rather than pursuing her career in games design, she decided to venture into the world of designing real gardens – instead of virtual ones – and started her own landscape design company, Roxy Designs. How did that happen? “I took a left at Albuquerque,” she laughs.

“Everybody has medical things, family things that come up, so you want to feel like you have an HR department that is respectful and supportive – not so much at EA,” Wolosenko continues. “I probably would have kept doing it, it’s just that it got very political and I was doing it for the creative outlet. When it was a calculation of how do we design the game to monetise it? What people do I have to be nice to? When it just became a corporate sort of thing, and not about just making a great game, that’s when I thought ‘OK, why am I doing this?’.”

Curtin remained at EA Maxis for another four years after the departure of her best friend. When asked about her best memory of her time at Maxis, she simply replied, “meeting Roxy Wolosenko.” Her deepest regret is that job-sharing has not become a staple in the game and technology industries, making it harder for parents to cope with the often absurd workloads associated with game development. 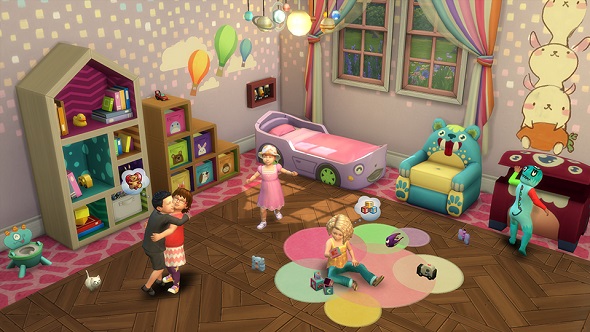 “I’ve never really seen it in any other software or non-software company that I’ve worked in since, and that to me is really a shame,” Curtin laments. “It’s not an impossible thing to do. It’s not easy, it doesn’t work with everybody, but when you have two very motivated and similar-jobbed people, it is the way that you can get through having young children at home or having young children at daycare.

“I feel like if anybody could do that again, I would sit there, and tell them everything I know and help them as much as I could, because there aren’t any options for working mothers. That’s another reason why there’s not enough women in this industry, or other industries. Without a real solution for childcare, it’s always going to be a struggle.”