What do you mean, you don’t remember The Ball? Come on… The Ball! No? Fine. Developers Teotl also created 2013’s Unmechanical, and now they’re hard at work on the enigmatic Solus Project, a first-person survival/adventure due in early 2016 via Steam Early Access and GOG.

Passionate about independent development? Head on over to our best PC indie games.

The team have priors in making pretty UnrealEngine titles, and The Solus Project, helmed bySjoerd ‘Hourences’ De Jong who gives lectures on developing with the engine, follows that tradition. Now, there’s potential to embarrass myself here because although the three images supplied by Grip Digital are described as screenshots, I’m pretty sure the below is a piece of concept art. Hang me from the rafters if it isn’t: 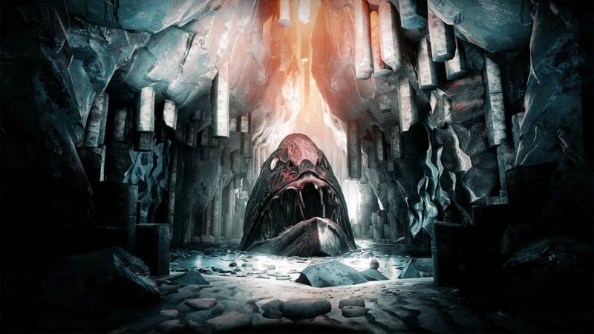 However, I’m pretty sure the image below is a screen. I mean, the HUD… See, now I’m doubting myself. What do YOU think? 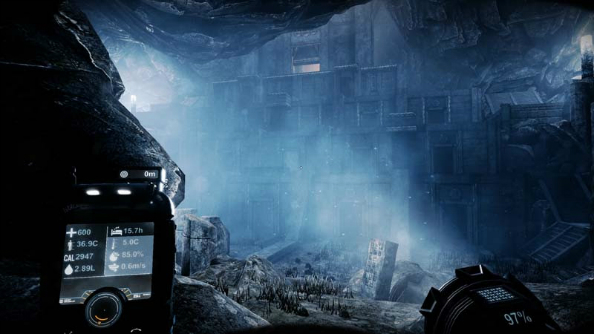 I think we can all agree that it looks like an interesting videogame, so let’s just leave it at that.

“Stranded on a deserted alien planet and with your home planet of Earth on the brink of destruction,” the game’s presser reads, “The Solus Project challenges you to survive the harsh, volatile environment and find a way to send a signal back home.

“Confronted with merciless weather, and danger lurking around every corner, the player must save the human race while unraveling the deep secrets of the seemingly deserted alien civilization. Are you alone on the planet…?”

I’m going to go out on a limb here and say: no. No you’re not. The seemingly deserted alien civilization is still around, and probably wants to hurt you. Still, it sounds like a suitably mysterious environ to explore, and in fact sounds like a continuation of some of The Ball’s key themes. I wasn’t joking about that earlier. It’s really good.

Teotl CEO Sjoerd De Jong says the game will “evolve right in front of players’ eyes” through its Early Access phase, and that they’ll be taking an episodic approach to development by “adding level per level of the large alien world.”

The test phase, which De Jong promises will be “relatively short” will also add new quests and features as time goes on.