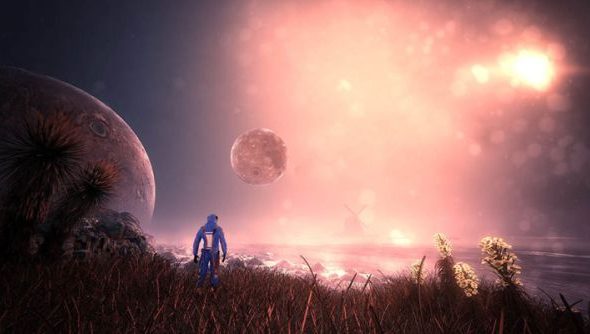 The Solus Project has you leaving an Earth on the verge of destruction to scope out an apparently habitable planet in the next solar system. Upon arrival, however, your ship is attacked by forces unknown. You are the only crew member to reach the surface alive.

Once landed, you find yourself on an island. ‘Solus’, it turns out, is Latin for ‘alone’. Oh: and as if this extra-miserable mash-up of Interstellar and Planet of the Apes wasn’t enough to contend with, the weather wants to finish you off.

Sjoerd De Jong’s last game with Teotl Studios was very different. The Ball was the sort of first-person shooter and physics puzzler we expected to see more of in the wake of Half-Life 2. But it shares a universe with The Solus Project, and a set of themes.

“Both games are about ancient astronaut stories, take place in megalithic buildings, and have an emphasis on exploring underground cities and tombs,” said De Jong. “Both games are also about unraveling ancient mysteries in deserted places no human has set foot in for a long time or ever.”

The Ball wasn’t badly received on its release in 2010 – but Teotl learned that lots of players had a problem with the way it alternated between combat and puzzles. They decided that for The Solus Project they would strip out combat altogether and build the game around a new model: puzzles and exploration.

Good stories thrive on conflict, however, and Teotl haven’t neglected to provide players with an enemy: the planet itself. Habitable it might be, but this is no Earth: the days are very hot and the nights very cold. Food and fresh water are scarce. Natural disasters come almost as regularly as the sunset – thrashing the surface with tornadoes and lightning storms. Ocean tides can drown the player in pitch black caves. 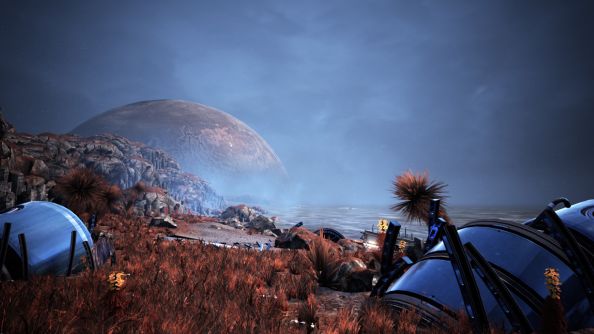 “Earth might not even be around anymore and you might actually be the last human alive anywhere in the universe,” said De Jong. “The Solus Project is all about survival. Not just your survival, but the survival of the entire human race.”

The player will be left to scavenge for items that might ensure that survival, and ways to unlock new areas of this strange and seemingly non-sentient planet. The placement of items will follow a certain logic: while human food will only ever be found near the wreckage of your ship, the player can take educated guesses about what sort of climates will foster edible plants.

Watching the weather will be a crucial part of staying alive. The surface can bake at heats in excess of 50°C in the daytime, and drop to -40 at night. The game will track not only those temperatures but also wind speed and humidity – and then subject the player to the results. In a windy, arid area you can expect to dry up very quickly. Get wet in a blizzard, however, and you’ll wind up with hypothermia.

We won’t be entirely helpless – players can stay in the shadow to keep cool, or stand behind objects to break the wind. And they’ll do well watch the skies for clues about the coming conditions.

If it’s any consolation, the same views that indicate oncoming hypothermia are going to be beautiful. 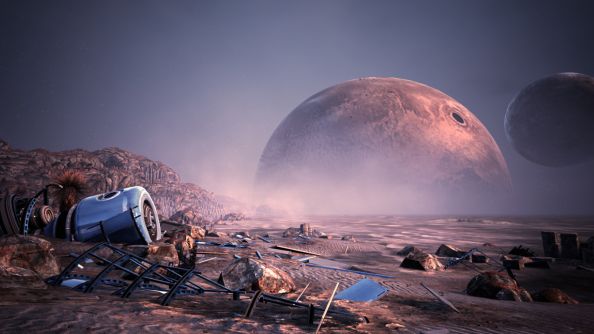 “I think from the player’s perspective it is going to be the sky and atmosphere that will look coolest tech wise,” said De Jong. “The sky has taken me weeks to put together, but it has been worth it. It is an iconic part of the game’s looks.”

A cocktail of Unreal Engine 4 shadow systems will see the sky colour the whole landscape through real-time indirect lighting. The rays will bounce from cylindrical rocks and contribute to a palette of overwhelming blues and reds.

“Getting the look and feel of the planet right means a careful balance of all the colours, lighting and effects in a game,” said De Jong. “UE4 is really good at dynamic outdoor lighting, so we’ve made full use of lots of those features to get the richness in colour and detail that we were after.”

Teotl ran up against the weaknesses of Unreal Engine 3 while working on The Ball. But De Jong has worked with Unreal for 15 years, and admires its “what-you-see-is-what-you-get” approach now more than ever. 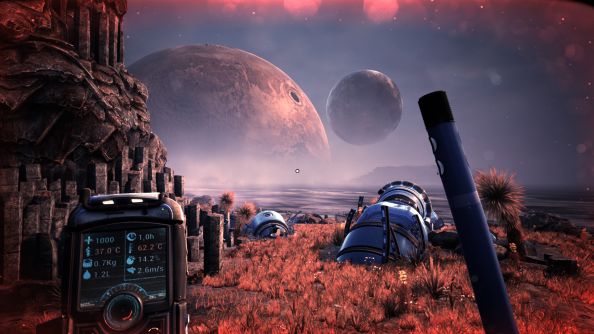 “With Unreal Engine 4 Epic Games has fixed all of those weaknesses, along with tons of additional tools and features,” he said. “There is no way at all that we could have ever made The Solus Project without all those tools, and the speed at which they can be used.”

Teotl have made use of UE4’s provisions for cutscenes, materials, UI and particle effects, but De Jong has become most fond of the engine’s simplified scripting system, Blueprint.

“I am not a programmer myself, and before Unreal Engine 4 I was not able to create the functionality of a game,” he said. “Blueprint really opens up a sea of possibilities. I am proud of how so much of The Solus Project has been made by myself.”

Almost all of the game’s core logic runs in Blueprint, on a large scale and without performance issues. Unreal Engine 4 also allows developers to extend Blueprint with just about any functionality. Teotl’s Nathan Iyer wrote a great deal of custom Blueprint functions in C++ to further empower the scripting system. 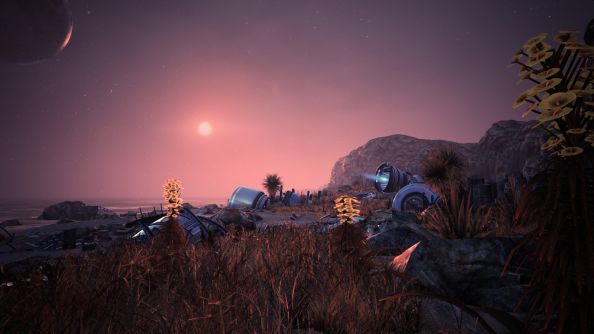 “We’ve worked an insane amount with it actually,” said De Jong. “I believe we might have very well used Blueprint more so than anyone else on the planet.”

Teotl’s three-man team have been working on The Solus Project for less than two years, but have the first 60% of the game in a fully playable and graphically-polished state.

“It is the combination of all of UE4’s features, along with how artist and designer friendly it is that has really made the difference for us,” said De Jong. “We’ve basically been able to focus entirely on crafting the experience we are after, as opposed to struggling with making the tools do what we want.

“Our time has gone to the game, not the tech, and that is a great thing.”

Teotl intend to finish development on The Solus Project around Summer 2015, but may decide to extend the project and push release back to early 2016. Unreal Engine 4 development is available to anyone for $19 monthly subscription fee.

In this sponsored series, we’re looking at how game developers are taking advantage of Unreal Engine 4 to create a new generation of PC games. With thanks to Epic Games and Teotl Studios.