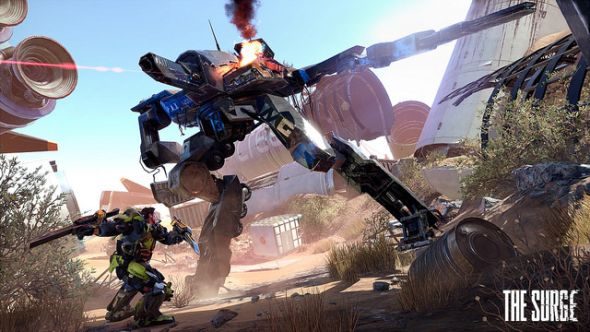 The surge (geddit) of gameplay footage from Gamescom begins with fifteen minutes of Deck 13’s Dark Souls-esque The Surge, a sci-fi action romp of smashing in heads in an exosuit. Released by Playstation today, you can see 15 minutes of the game above shown off by the developers with commentary.

For more from Gamescom 2016 and the latest PC games news, check our front page.

There’s also a full description of the game over on the Playstation blog, where Jan Klose, creative director on the game introduces its basic mechanics. It’s all about exploring Metroidvania style levels for upgraded loot, coming back later to explore more areas. Hidden back packages, death losing you currency – it’ll be familiar to fans of From’s efforts, but doesn’t look bad for it.

Game’s out at some point next year, probably early given how long its been in known development now.